Textile Mills: Processing of fruit for drinks and textiles.

The sub camp was originally built for the Schmelt forced labour camp for Jews.

Hungarian Jews and a few Poles and Czechs.

The History of the Emmerich Machold Concern

At the time of the Second World War Wilhelm Machhold was a prominent local businessman in Bruntál and the Sudeten area of Czechoslovakia and he also sat on Deutsche Bank´s Sudeten advisory board. The Machold textile factory was the biggest employer in Bruntál. British POW Alec Jay remembered when his train pulled into Bruntál station on 5th September 1944, “Alec saw the family name (Machold) emblazoned on wagons and railway station posters.”[1] At some point the Machold factory as well as producing textiles changed part of its production facilities to manufacturing mineral enriched fruit drinks for German troops. [2]

The Post War History of the Emmerich Machold Concern

After the war the former Emmerich Machold factory was nationalised. The Criminal Intelligence Agency filed a report on the “The Machold” Textile Mill, National Corporation in Bruntál, dated 6 November 1952: “ The Machold Textile factory, National Corporation in Bruntál makes textiles most of which are exported to the Soviet Union. The factory has three stories is made of brick and is located opposite the railway station in Bruntál. The plant is equipped with modern looms, most of which are made in the USSR. The factory is guarded by a factory militia consisting of 40 men, armed with rifles of German make. It employs 800 persons, men and women who work in three shifts….. The factory also employs 12 soviet workers (specialists) who are in charge of production control and instruct the domestic workers in the use of the new looms.”[1]

The History of the Sub Camp Freudenthal

Information on the Freudenthal sub camp established in the town of Bruntál [1] in the then Czech and Moravian Protectorate is scarce, which makes it difficult to reconstruct the history of this sub camp and the fate of prisoners imprisoned there.

However, a few documents that confirm the existence of this sub camp exist in the archives of the Auschwitz-Birkenau State Museum. There is also the biography of Rifleman Alec Jay of 9th Platoon, C Company, 1st Battalion of the Queen Victoria´s Rifles service number 6896204 by his son John Jay. Alec Jay was a British prisoner of war and a member of Working Party E352 from Stalag VIIIB Lamsdorf. The British prisoners of war lived in a barrack next to the Machold factory in 1944. He gives extensive information on the Freudenthal sub camp of Auschwitz and its Hungarian Jewish prisoners. [2]

Unfortunately, the exact date of the establishment of the Freudenthal sub camp is unknown. It can only be assumed that it was set up in the second half of 1944. Alex Jay arrived in Bruntál on the 5th September 1944 and it seems the sub camp was already in existence. [3]

The history of the Freudenthal sub camp is linked to the Zwangsarbeitslager for Jews, which was founded there on the initiative of the Schmelt Organization in late 1942. Around 200 Jewish women were employed in the fruit processing plant of Emmerich Machold.

In the second half of 1944, the Zwangsarbeiterlager was taken over by Auschwitz concentration camp and around 300 Jewish women from Hungary and Slovakia were transported to the Freudenthal sub camp from Auschwitz II-Birkenau. The prisoners were accommodated in two wooden barracks located on the premises of the factory of Machold.

In September 1944 the British prisoners of war designated Working Party E352 were sent to Bruntál to work in the Machold factory. “The POWs billet was a stable block near the factory entrance, comprising a dormitory accommodating twenty men in double bunks, a recreation room, a washroom and toilets. Swiss inspectors reported that the stoves and lights were ´good´ and prisoners had one bath per fortnight. The food was cooked by a POW in a small well equipped kitchen and rations were ´satisfactory´ Dirty clothes were taken to a laundry, and the cook could visit local shops to buy small items… Thomas Moonie, … was supplied with the necessary drugs while seriously sick prisoners attended the town Lazarett. Mail was regular…..Overall E352 was ´fairly satisfactory´ although provision for leisure time was primitive and Moonie asked the YMCA to provide items such as football, quoits, playing cards, a Monopoly set and a gramophone. Alec was told he would work eight hours a day, six days a week.” [4]

The accommodation, conditions and treatment of the prisoners of the sub camp Freudenthal were not as good as for the prisoners of war, although better than conditions in Auschwitz-Birkenau, “The SS had constructed a ´mini concentration camp´ behind the mill where 300 Jewesses….. were used for slave labour for Macholds….. The accommodation at Freudenthal was less primitive than Auschwitz-Birkenau stable-block wooden billets. The buildings were of stone, the bathrooms were tiled and prisoners were allowed to heat water for washing. Each slave had a bunk with a straw mattress and blanket. Emmerich Machold son of the company´s founder was a relatively enlightened exploiter of slave labour. Turning fifty in 1944 and ´quite a handsome man´ with a French wife, Machold provided some comforts, according to Judith Angell (an Auschwitz prisoner) who came from Romania. He let his slaves have a little library and a radio and gave them waste wool to knit pullovers. Angell knitted socks, mittens and a hat for Machold´s daughter who lived with her parents in a house near the factory. Another Romanian, 28 year old Ileana, later described the factory as heaven after Auschwitz.” [5]

Machold, British POWs and local civilians did their best to help the Auschwitz prisoners, “ … Machold thought they should eat in the civilian canteen, but the SS insisted on a tougher regime-two slices of bread per day, soup and ersatz coffee. Yet sometimes civilians on the day shift would leave apples near their machines, having seen the Jewesses´ emaciated state as they arrived for the night shift. They would even benefit from small acts of kindness by the factory chef. The Germans banned POWs from bringing Red Cross food into factories, but Alec also did what he could for the Jewesses in their striped Auschwitz uniforms. There were occasional opportunities to slip them food and cigarettes at the start and end of their shifts, although it was hard to get past their whip wielding guards, including Aufseherinnen….. ´We helped as much as we could but that wasn´t very much´said Alec. ´It was very difficult to get near enough even to throw them a few cigarettes.´ [5]

There were a few Poles and Germans besides the Hungarian Jewish prisoners. One of the Poles was Ella a teenager from Krakow. “ When Kracow´s ghetto was liquidated Ella was taken to Płaszów concentration camp… One morning Amon Göth (commandant of Płaszów) selected Ella but then changed his mind and decided to conduct an experiment in pain. Thus Ella was placed on a table and beaten into unconsciousness by Ukrainian guards. After two years, an emaciated and enfeebled Ella was transported to Auschwitz, where she was sent to Mengele´s clinic and stripped naked to stand in line for his selection process. She was however, warned by a women nearby of what might happen, so when Mengele momentarily left the room she jumped out of a window and blended in with women being assembled for work parties, thus joining a transport to Freudenthal”  [9]

Helena Kubica in her history of the Freudenthal sub camp postulates that there may have been a male section of the Auschwitz sub camp or a separate sub camp. [10] The male sub camp may have been built in 1943 or 1944 and founded to expand the Freudenthaler Getränke GmbH enterprise. Commandant of Auschwitz Rudolf Höss gave some information on this sub camp at his trial. Also two former prisoners Erwin Olszowka and Franciszek Targosz from the Auschwitz I Schreibstube provided some information on this sub camp. Helena Kubica also suggests that the male sub camp may have existed in 1945.

There are two peices of evidence which would suggest there was no male Freudenthal sub camp. Firstly a former prisoner Otto Wolken, one of the prisoners who found a prisoner count for the Auschwitz male prisoners in January 1945 in the Schreibstube of Auschwitz I; the count does not include Freudenthal in the detailed listing of sub camps and the male prisoner count at 17 January 1945. [11] Secondly the biography of rifleman Alec Jay of 9th Platoon, C Company, 1st Battalion of the Queen Victoria’s Rifles, service number 6896204 by his son John Jay gives no information on male Auschwitz prisoners in the Freudenthal sub camp.

It is known that the guard unit was made up of 21 SS men from the Guard Company in Auschwitz, and 3 Aufseherinnen headed by SS-Oberscharführer Peter Voss. SS-Hauptscharführer Paul Ulbort was commander of the guard detachment.[1] From Alec Jay´s biography,“These slave labourers were guarded by a 21 strong SS detachment led by Paul Ulbort.” [2] There were three Aufseherinnen. The cruellest was Erna Bodem, a 24 year old Sudeten farm labourer later prosecuted for war crimes.” [3]

Aufseherin Erna Bodem was sentenced by the district court in Krakow on 9 December 1948 to four years imprisonment. [4]

The Evacuation of the Sub Camp Freudenthal

The Freudenthal sub camp was liberated by the Red Army between May 6 and 8, 1945.

The Preservation Status of the Former Sub Camp Freudenthal

The main gate leading to the plant was probably the main gate leading to the sub camp, which was located on the right side of the entrance. To this day, there are three barracks (Map reference 2), two of which, beyond doubt, come from the period of the Freudenthal sub camp. They do not differ from standard camp barracks – they are one-storey, with a gable roof, and wooden. However, they have been modernized – windows and doors replaced, the wooden panels have been covered with plasterboard. No elements of the sub camp fence have survived.

The buildings of the factory in which the prisoners worked are interesting. The plant was designed in the classic style – and the building is surrounded by a large courtyard for transport. Inside the buildings, the original industrial machines have been preserved.

In the southern part of Vrchlického street, in the immediate vicinity of the factory is the former villa of Emmerich Machold (Map reference 3). This is a large two-storey building of representative character, in which the factory director lived.

In the city of Bruntál, there is no commemoration of the existence of the Auschwitz sub camp.

As far as it is known the Auschwitz-Birkenau State Museum had not visited the site of the former Freudenthal sub camp.

John Jay in his book Facing Fearful Odds included two photographs from Bruntál. One is of the accommodation of the British POWs. The second is of Bruntál during wartime.

Topography of the Sub Camp Freudenthal 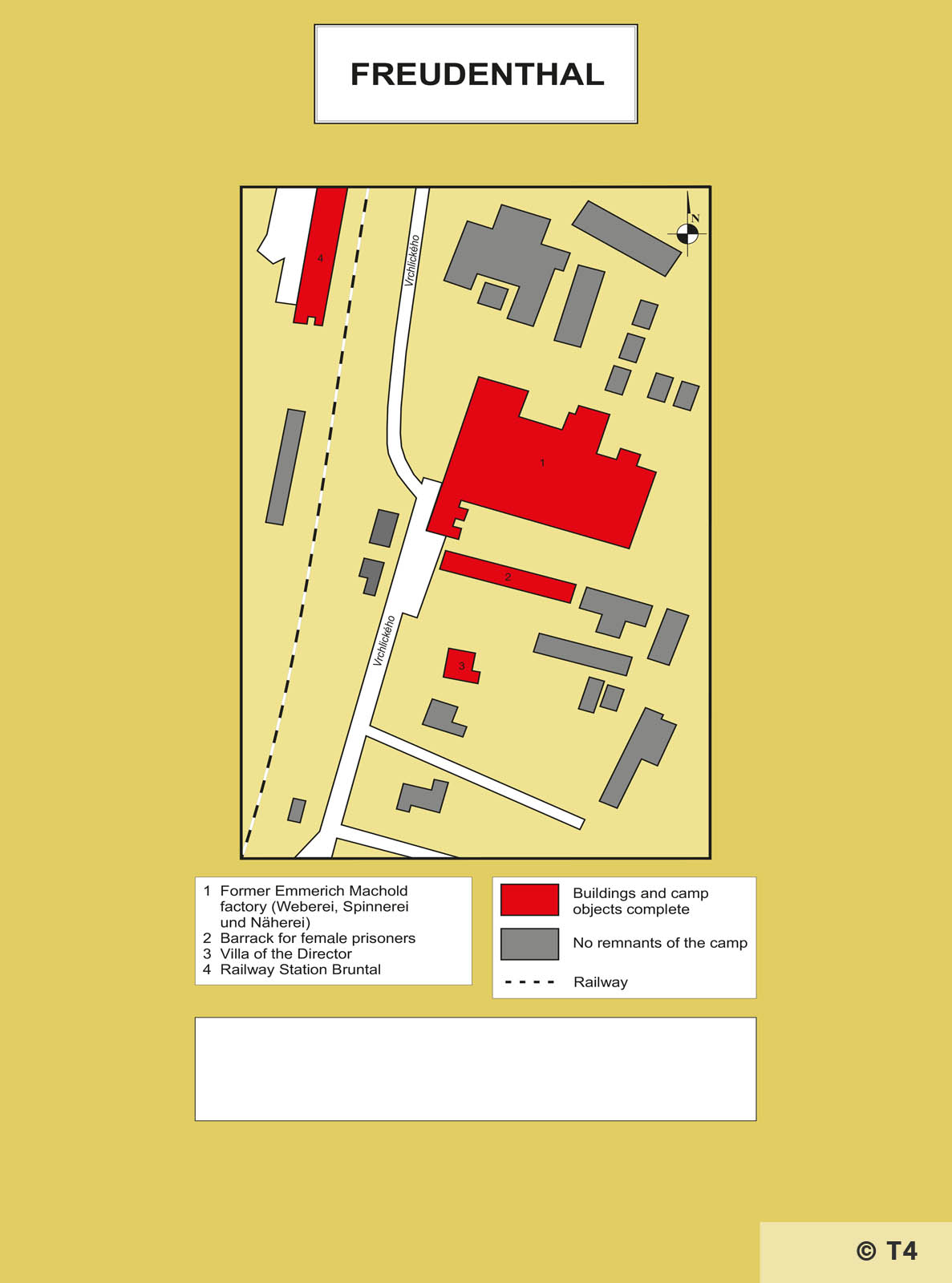 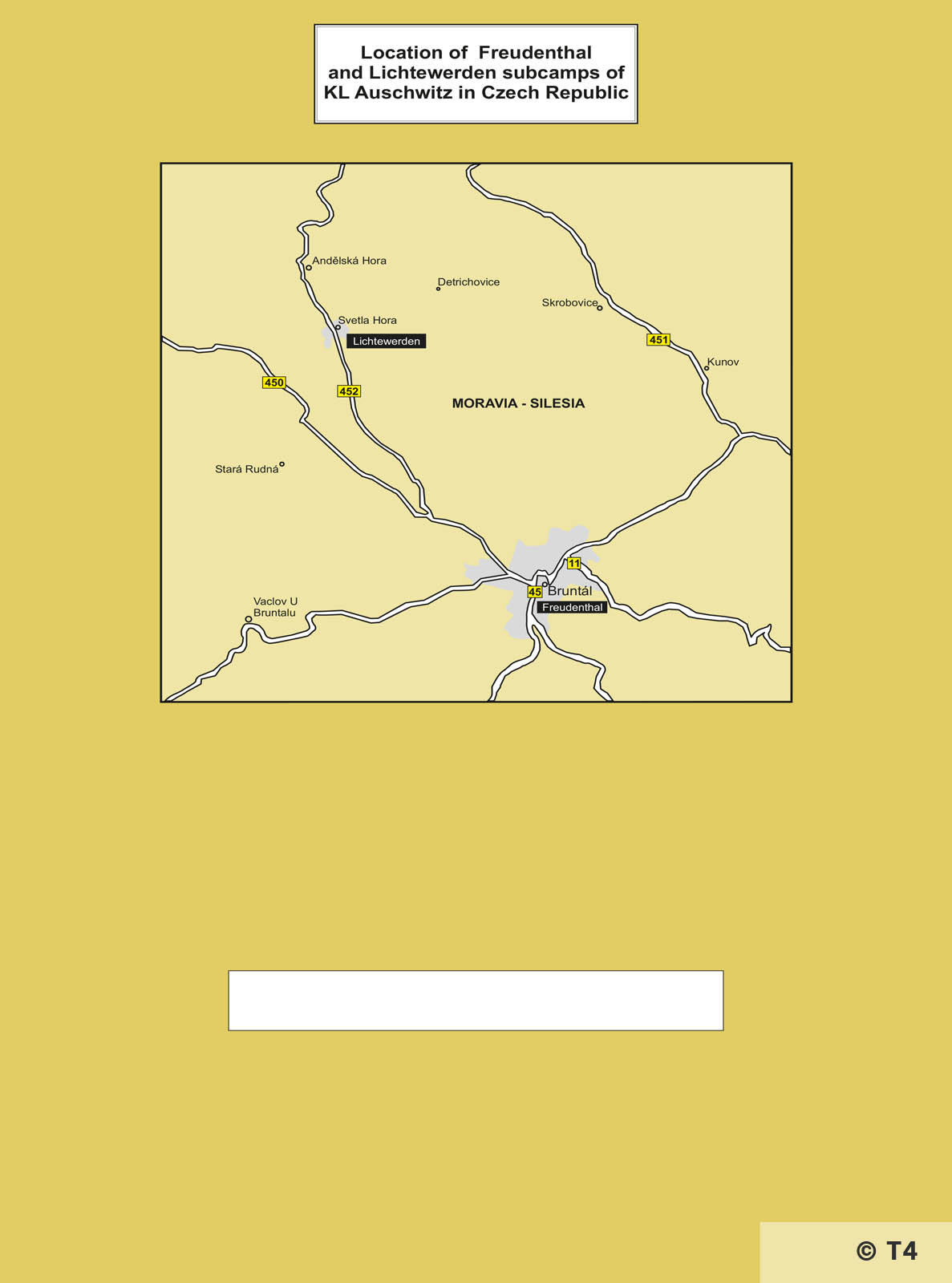 Location of the Sub Camp Freudenthal 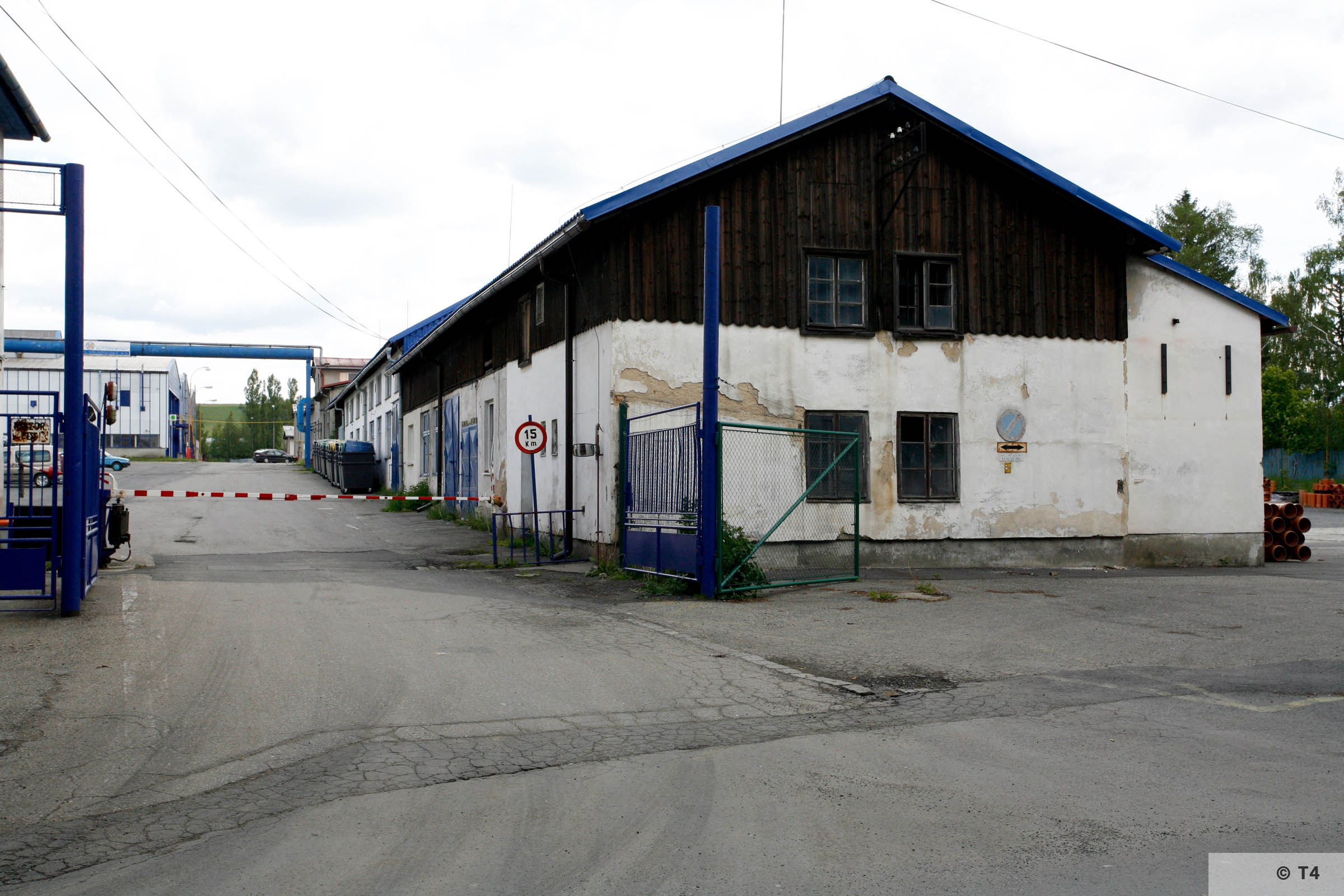 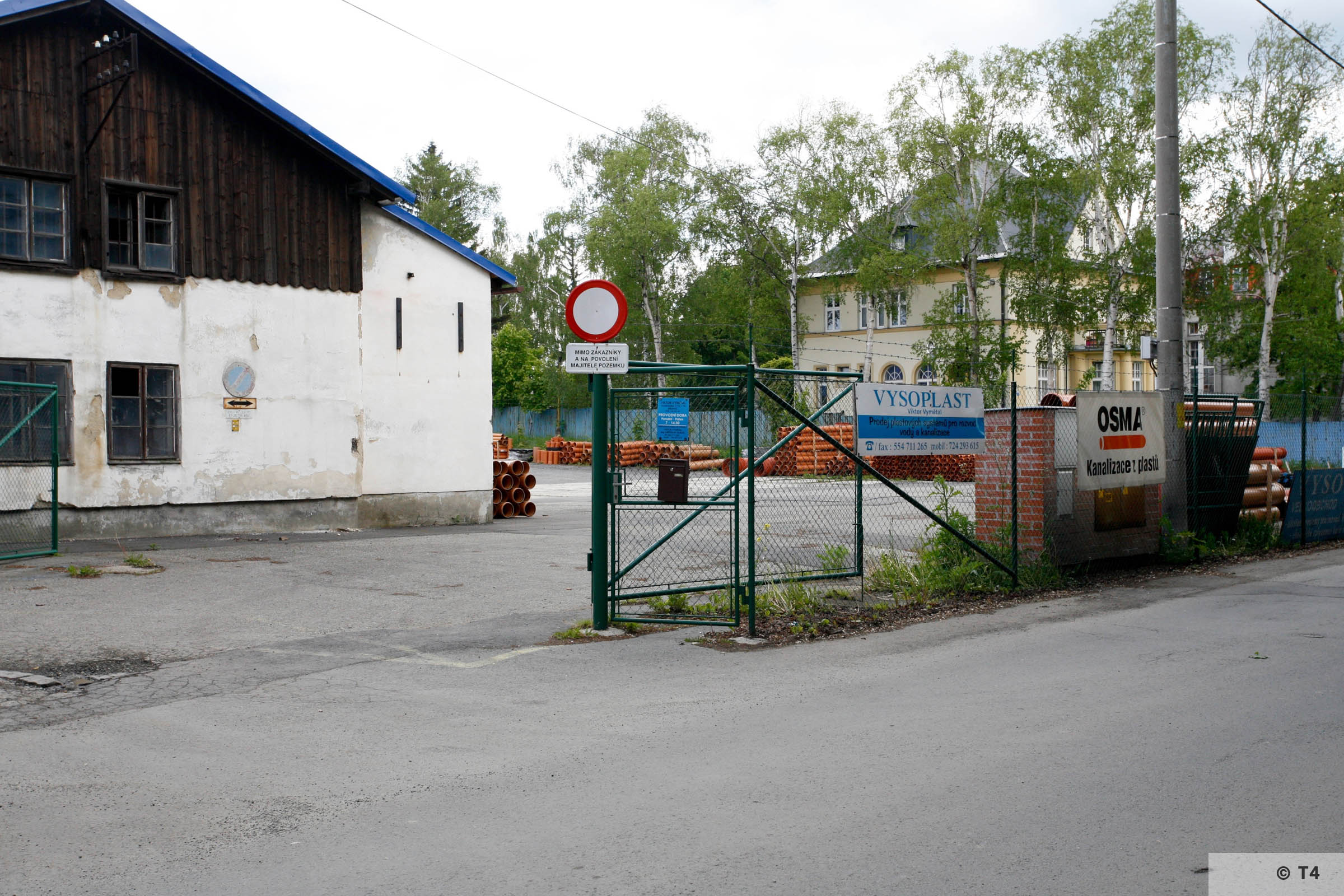 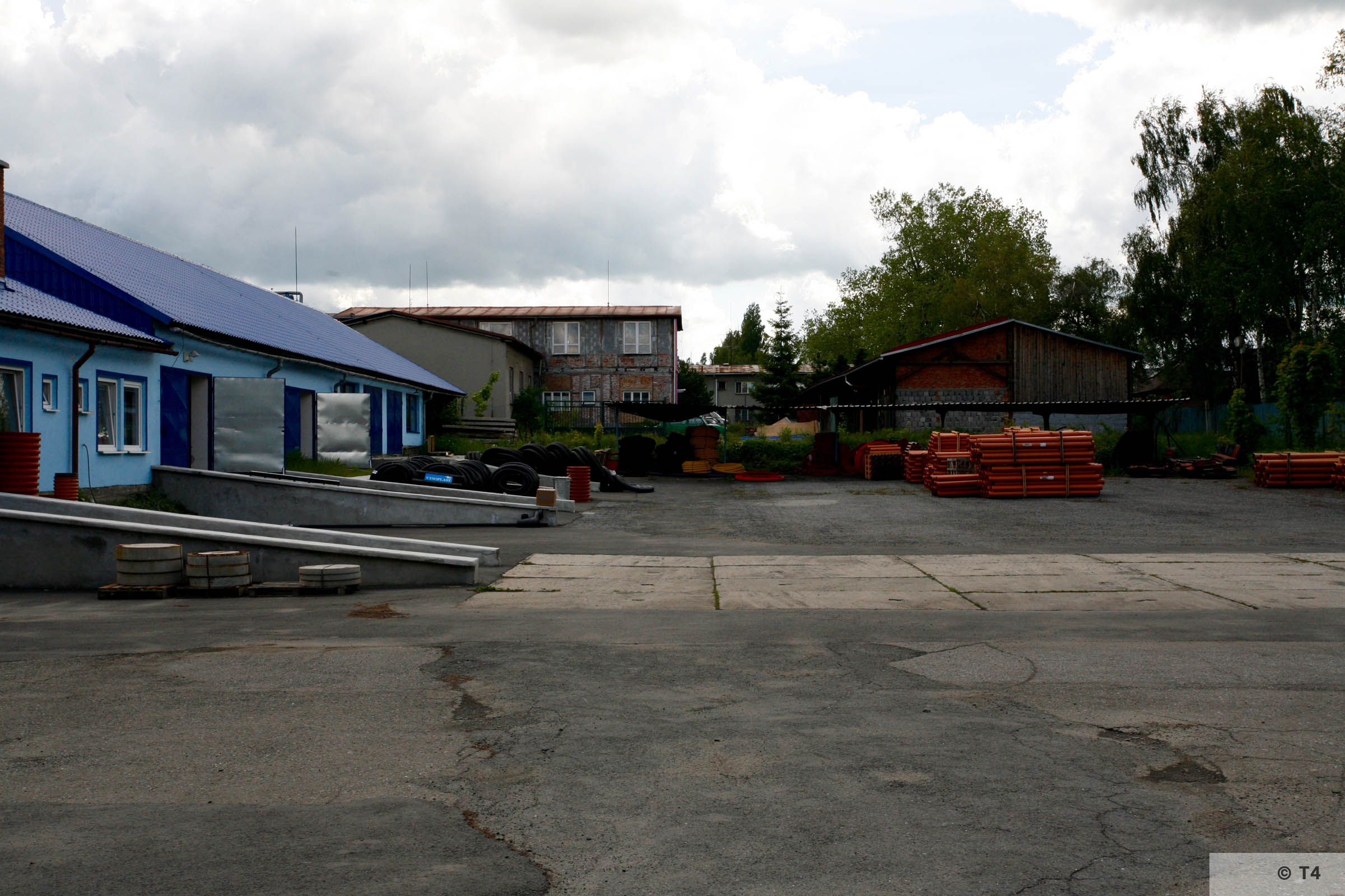 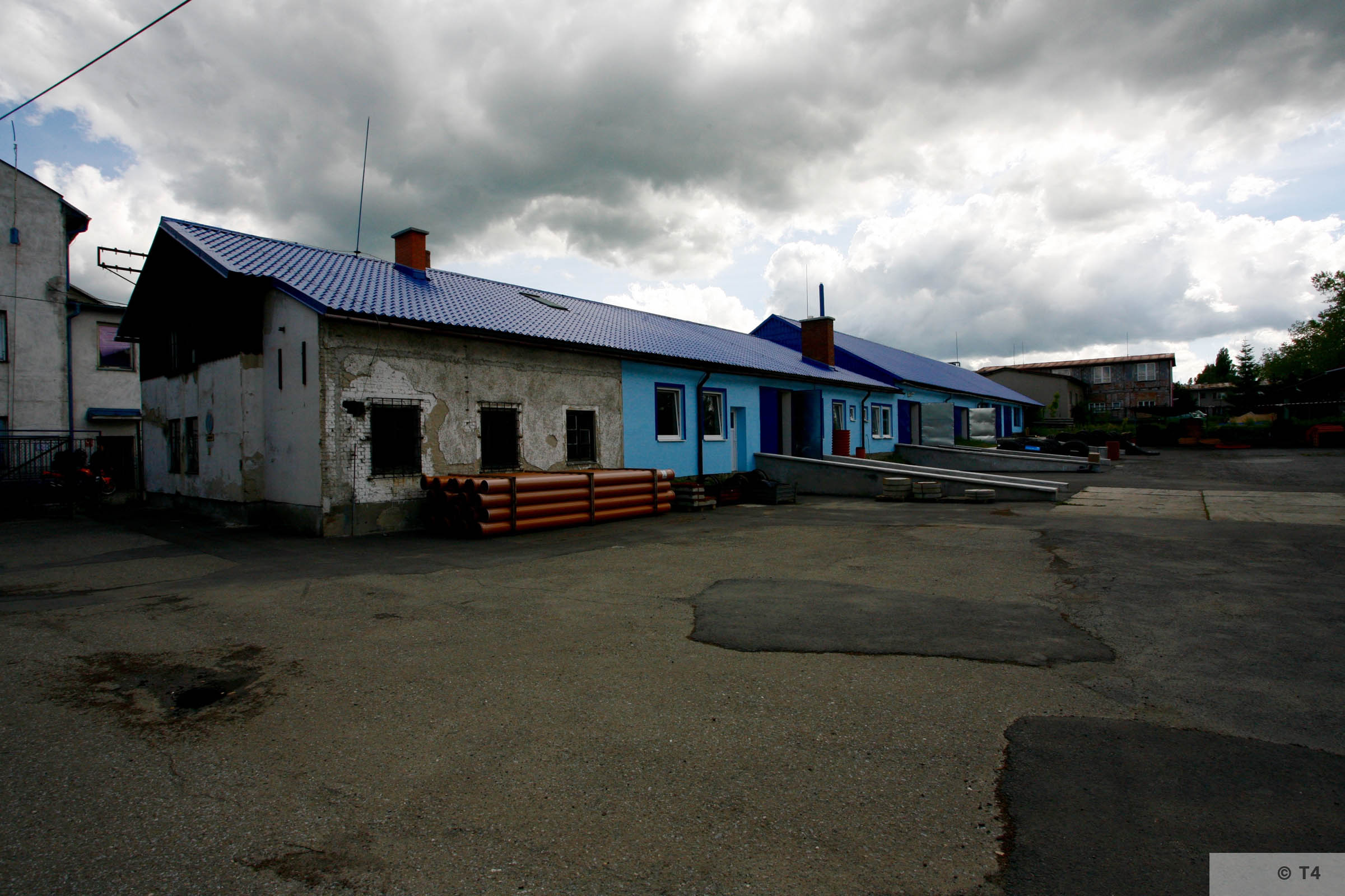 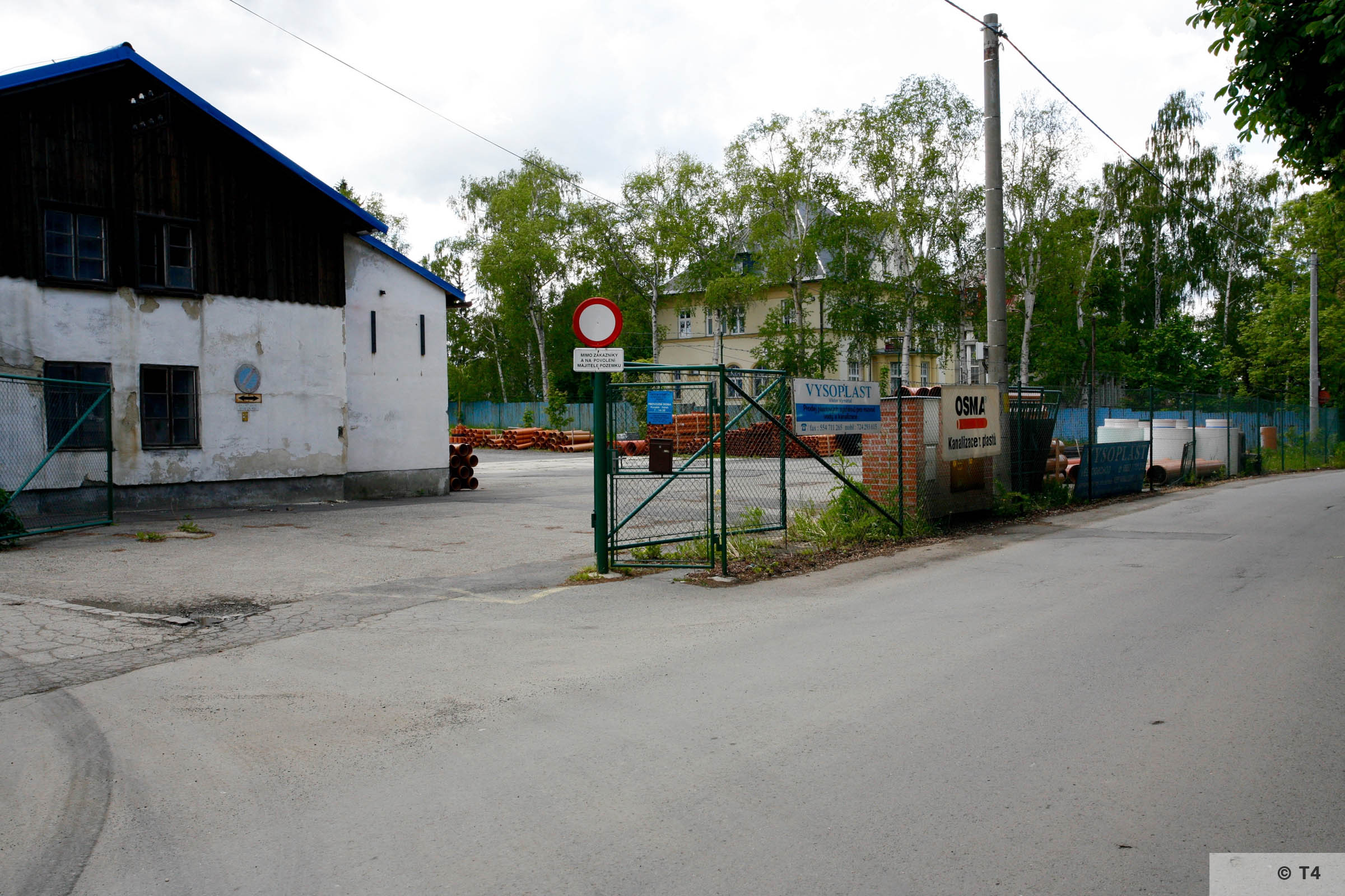 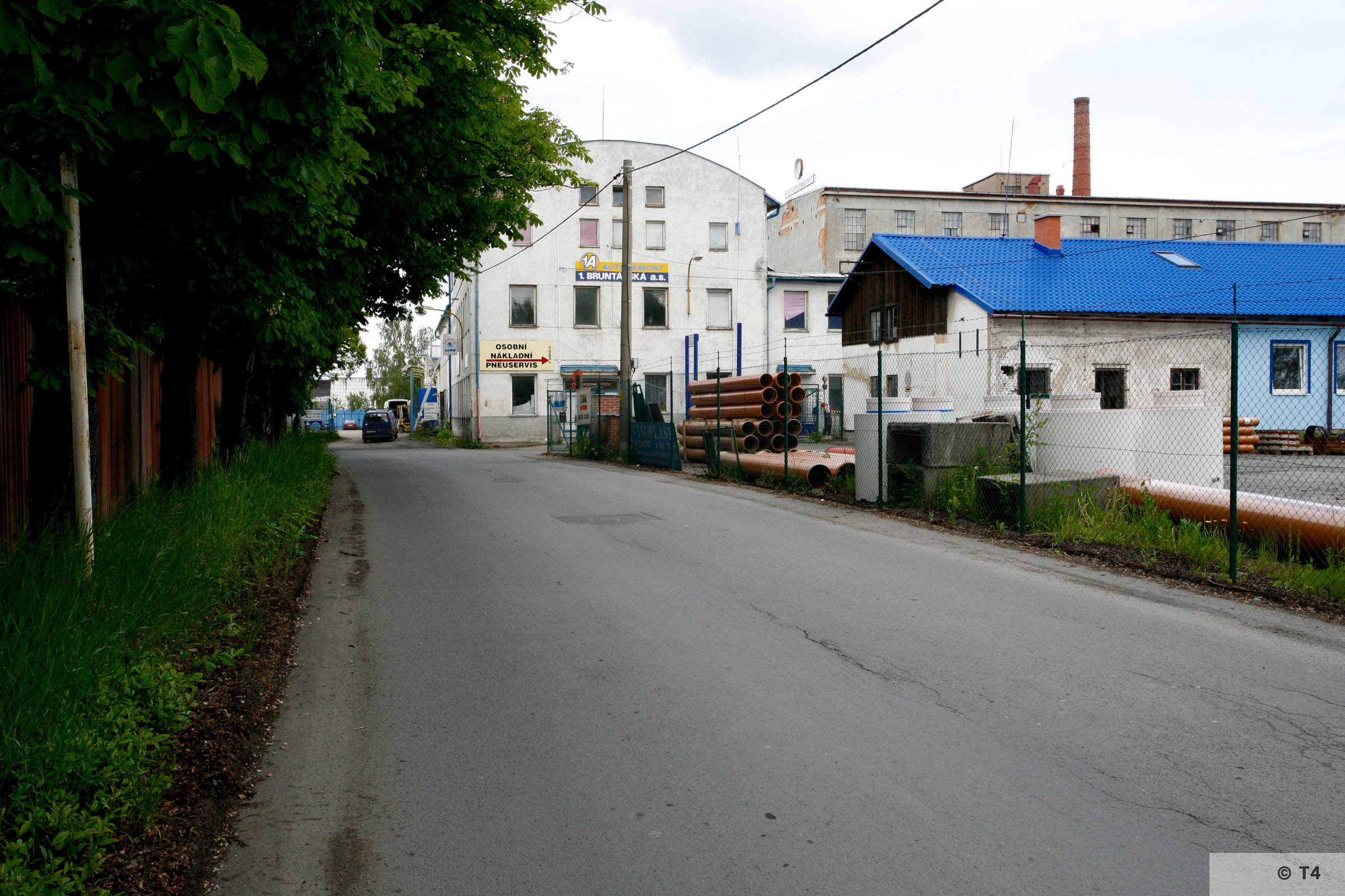 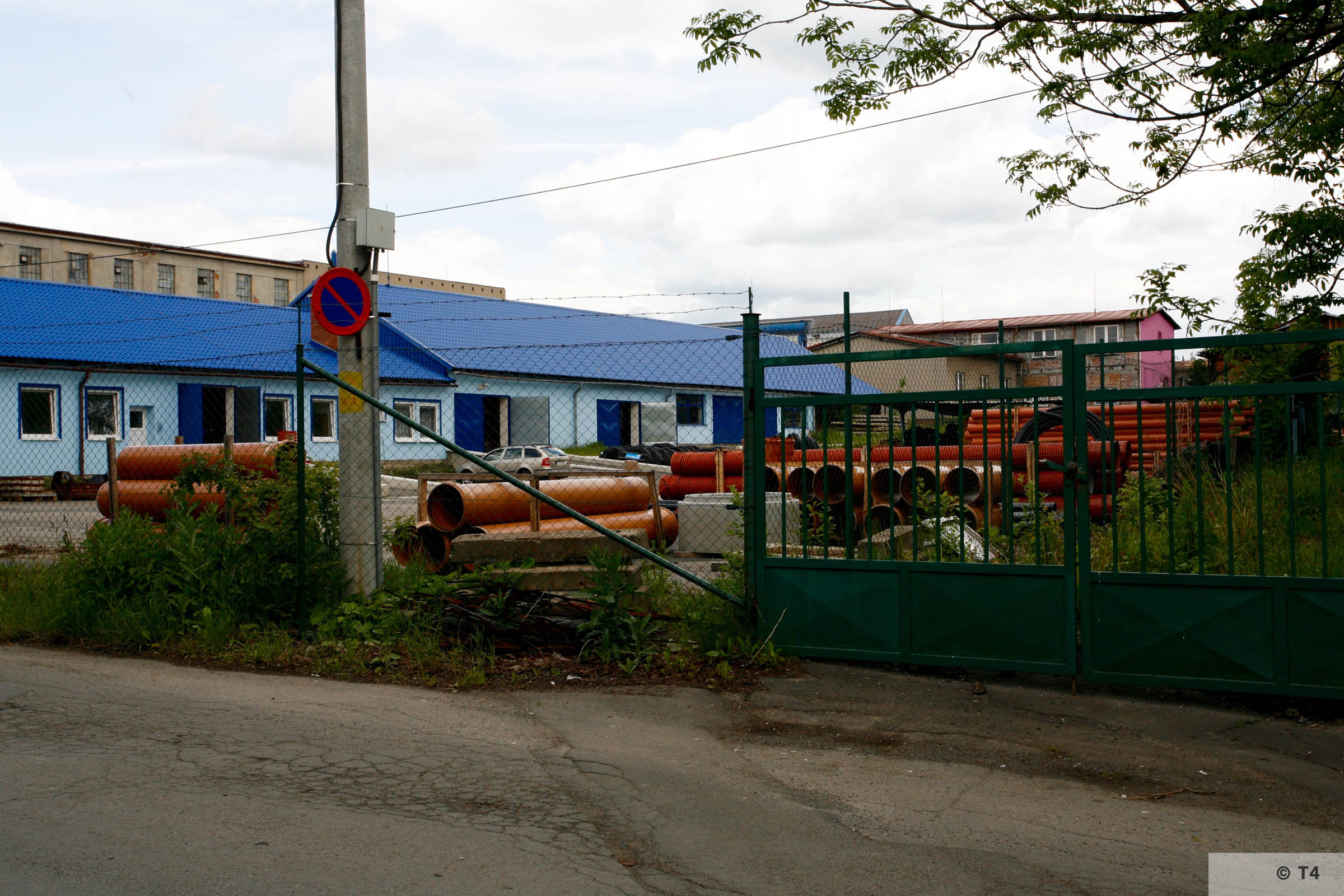 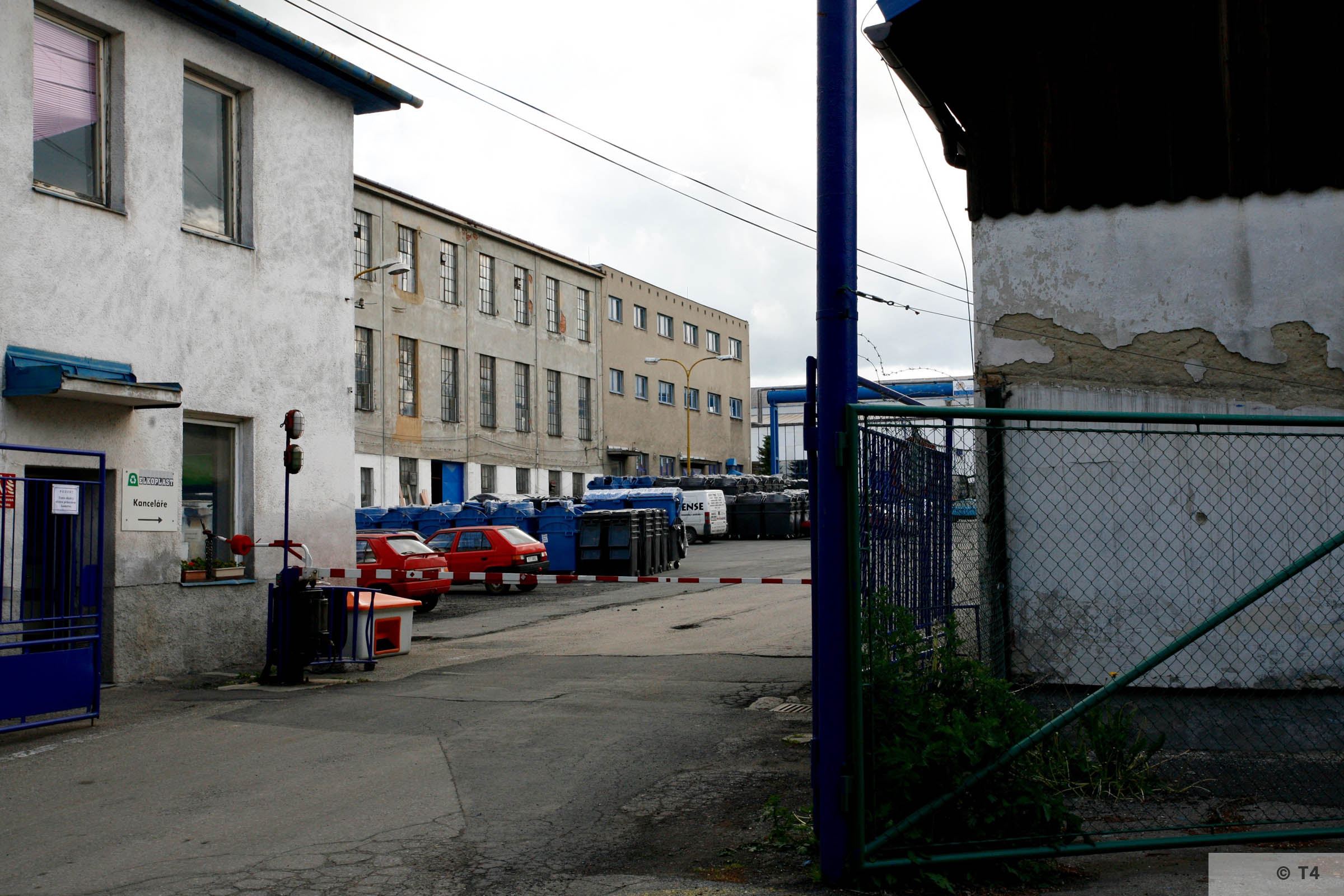 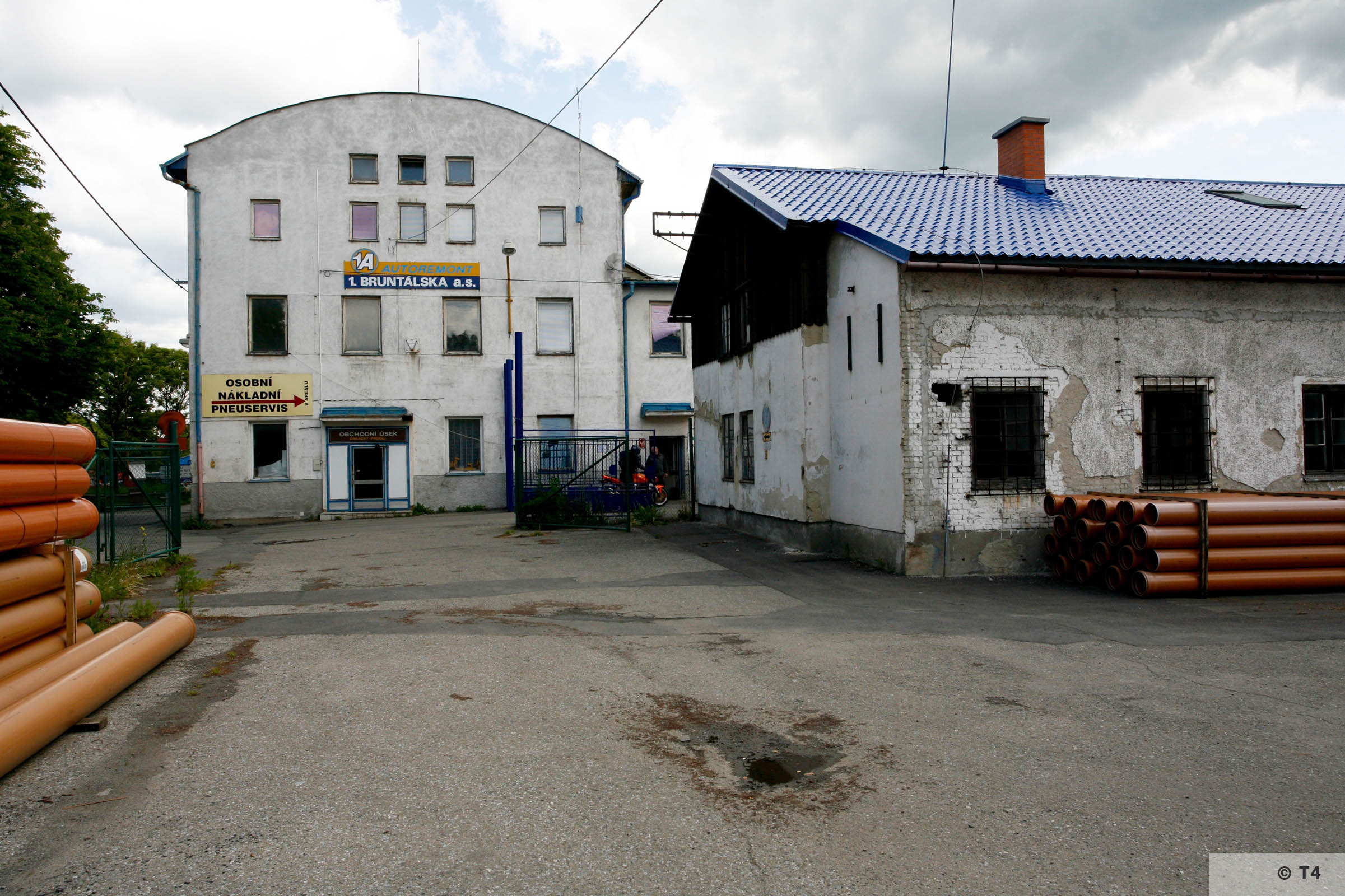 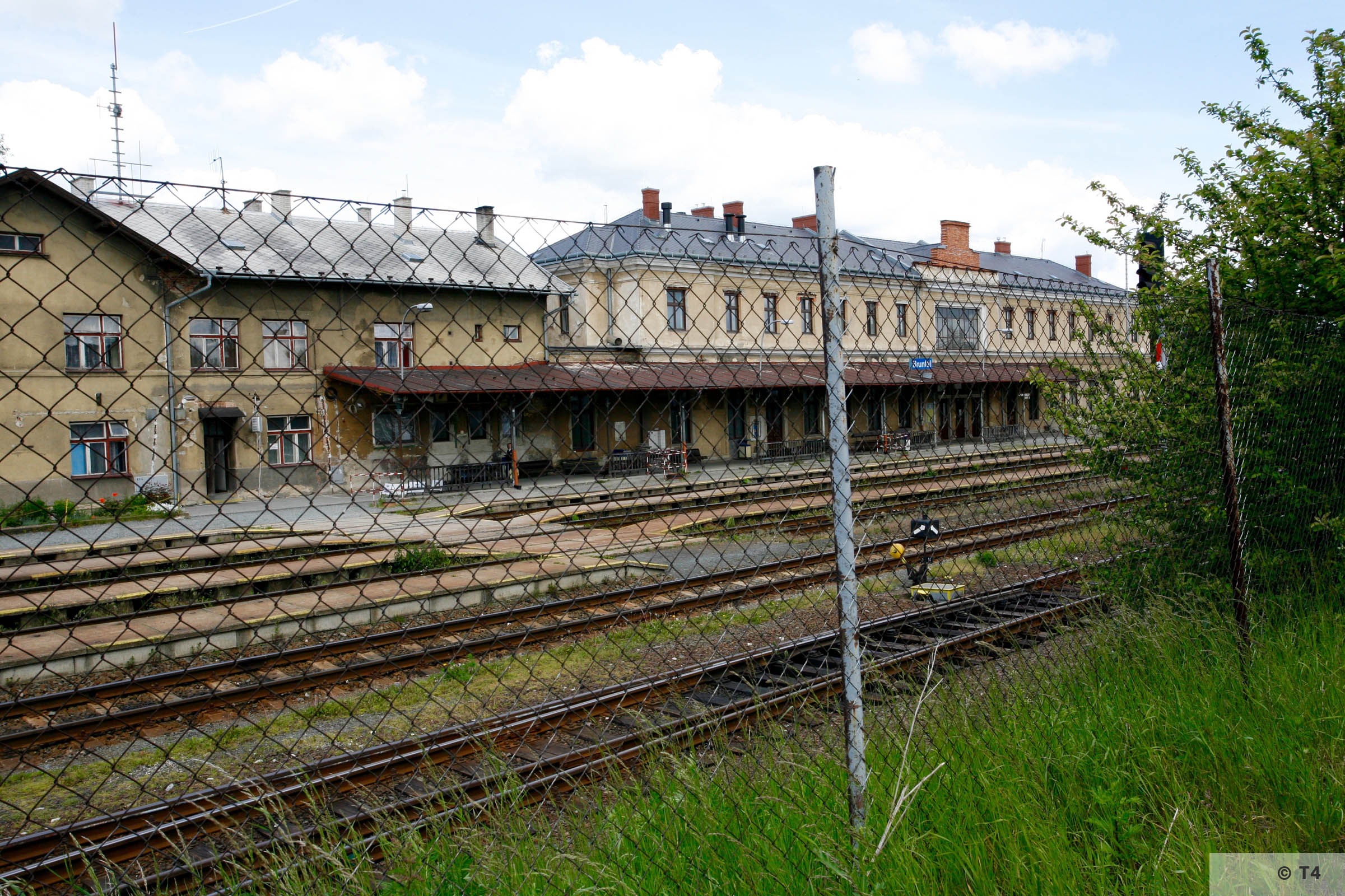 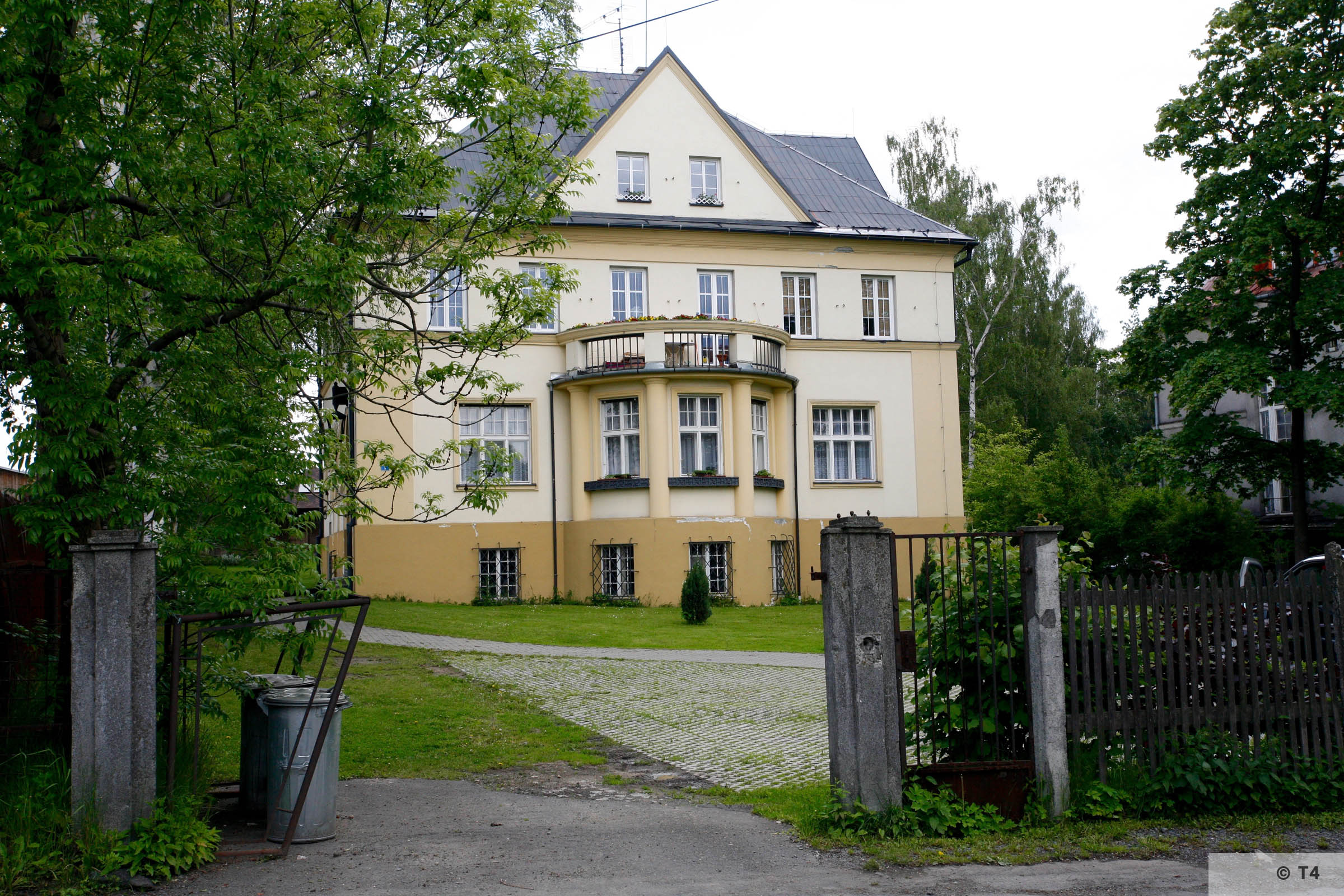 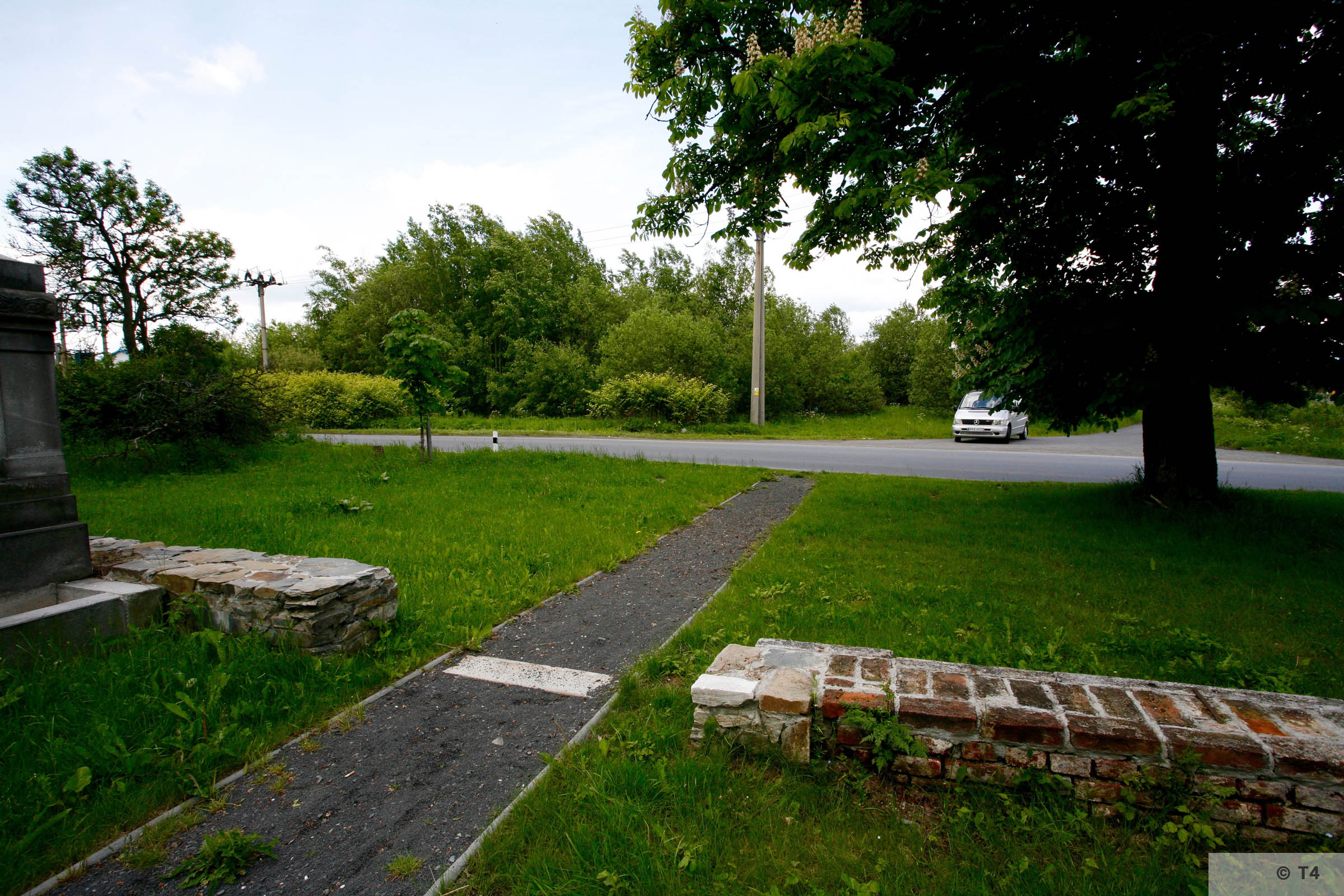 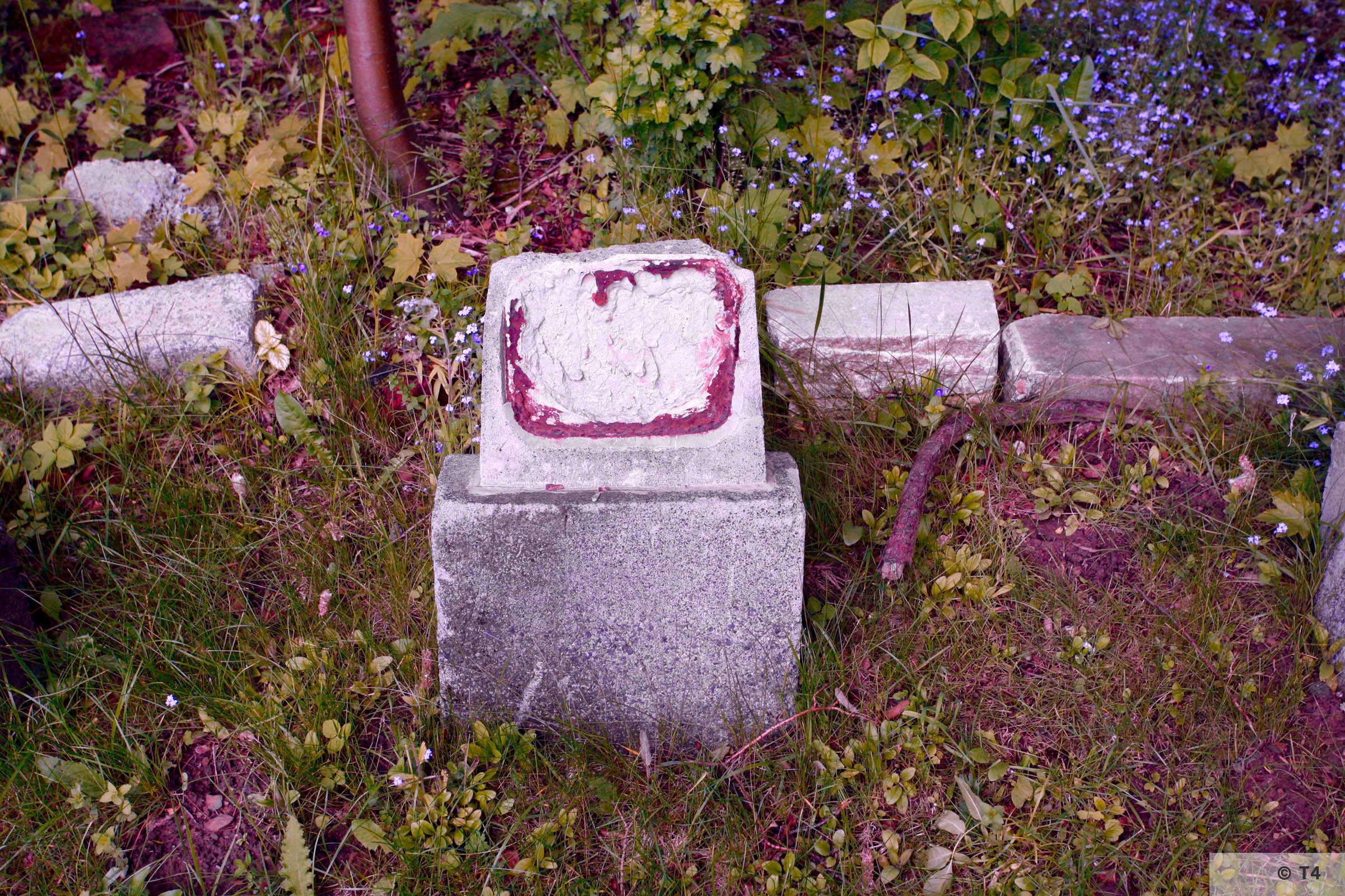 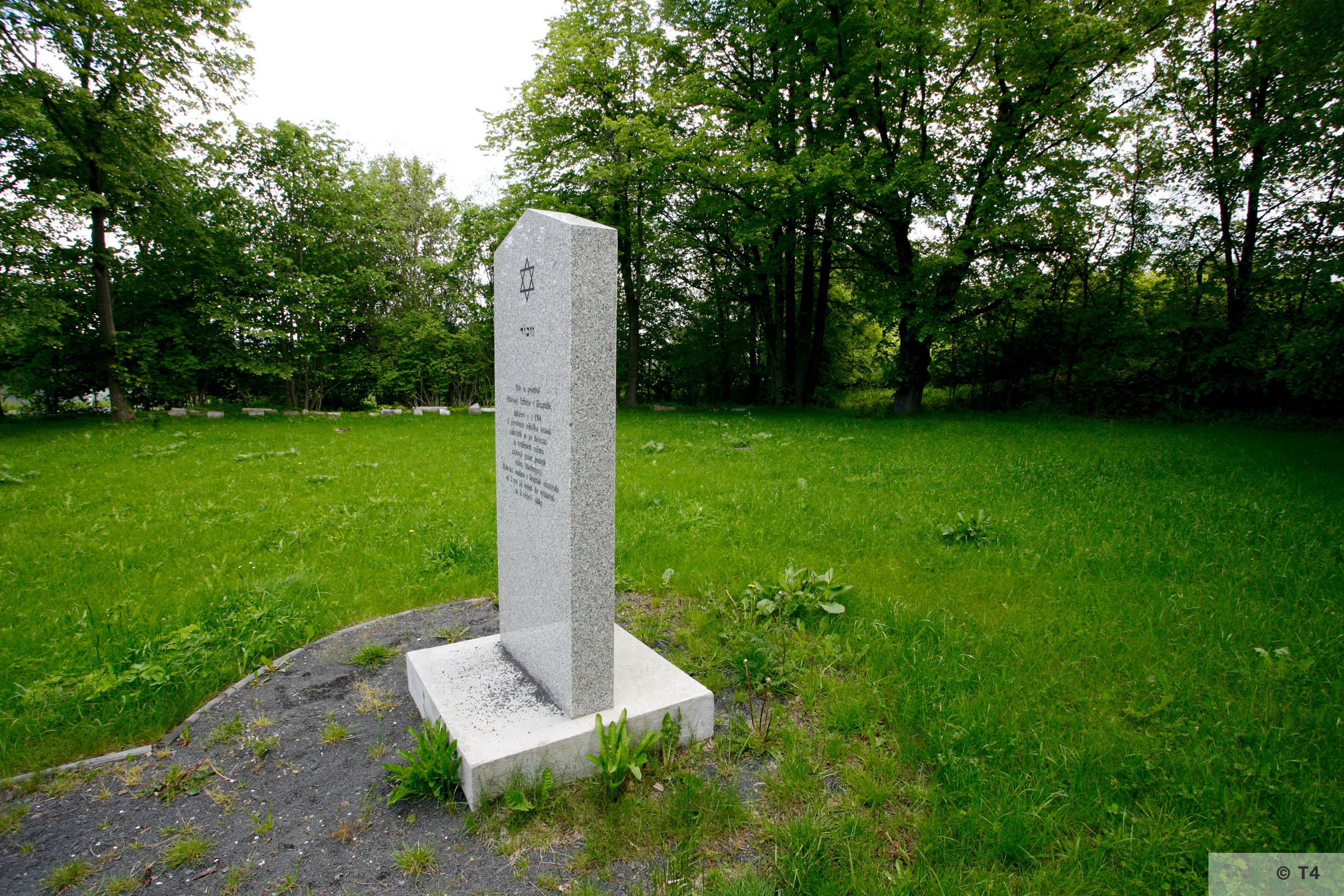 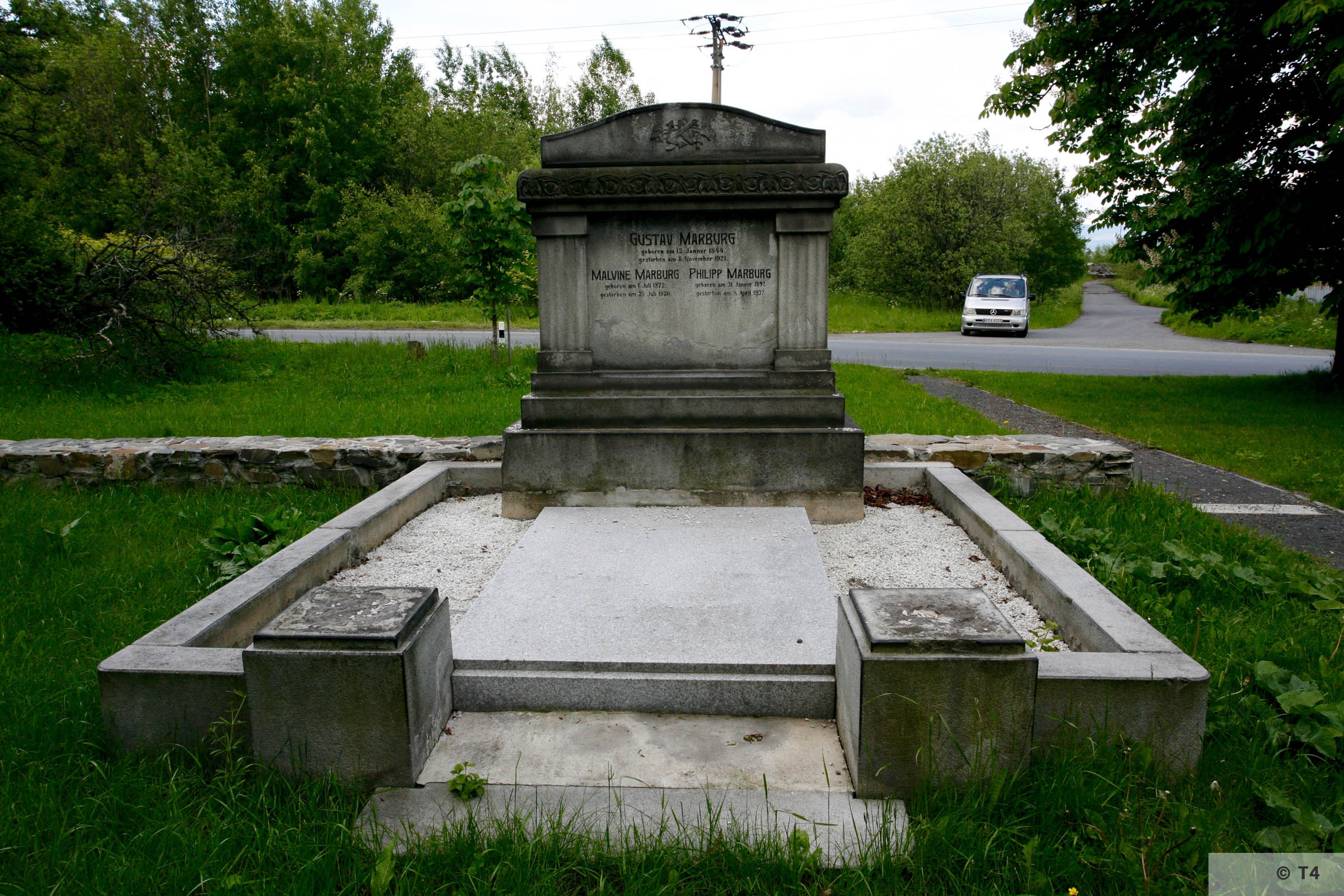 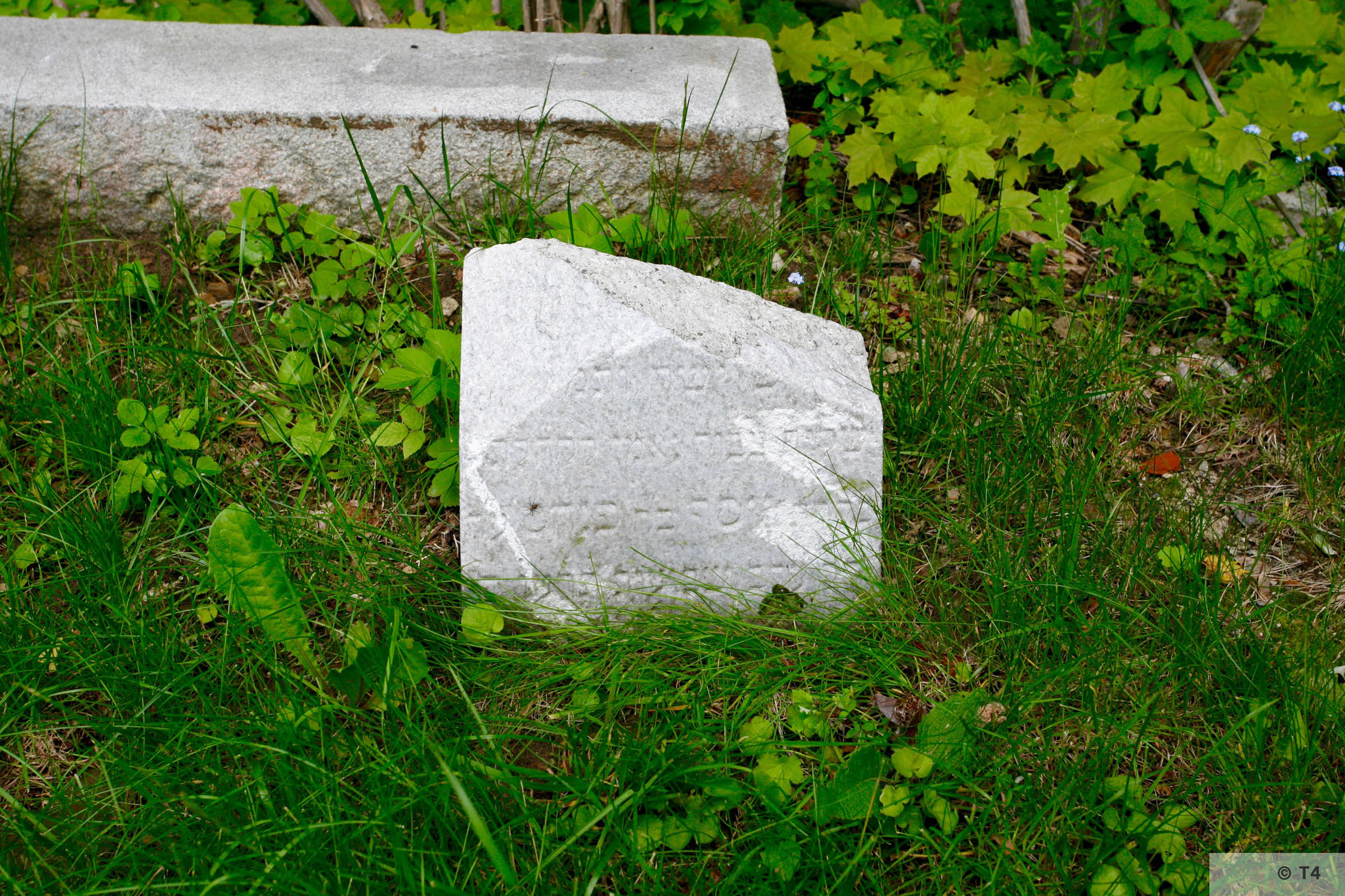 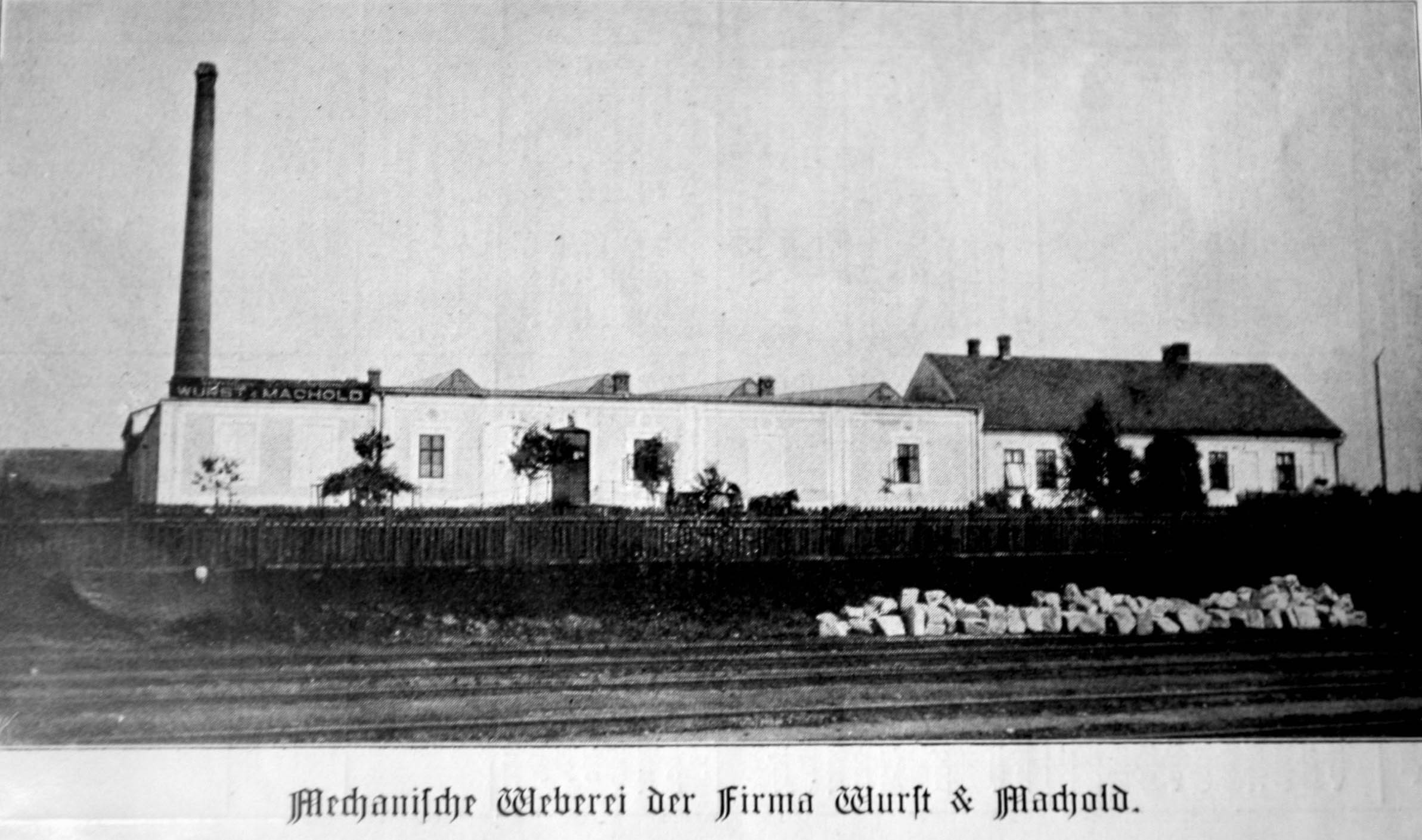 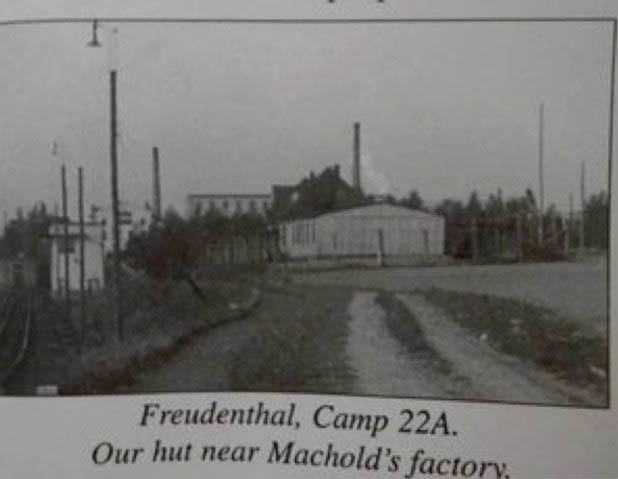 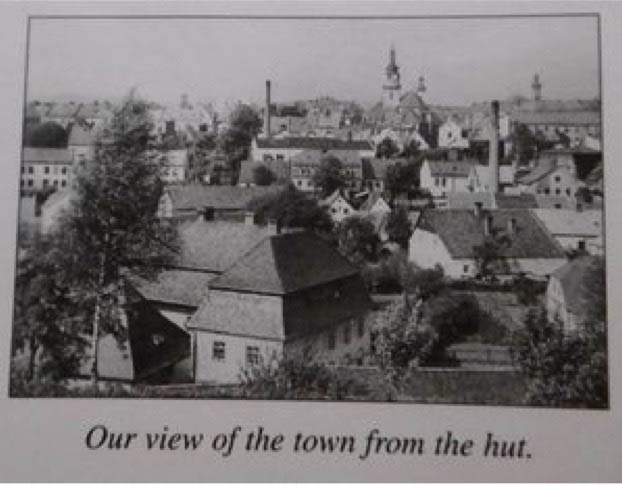 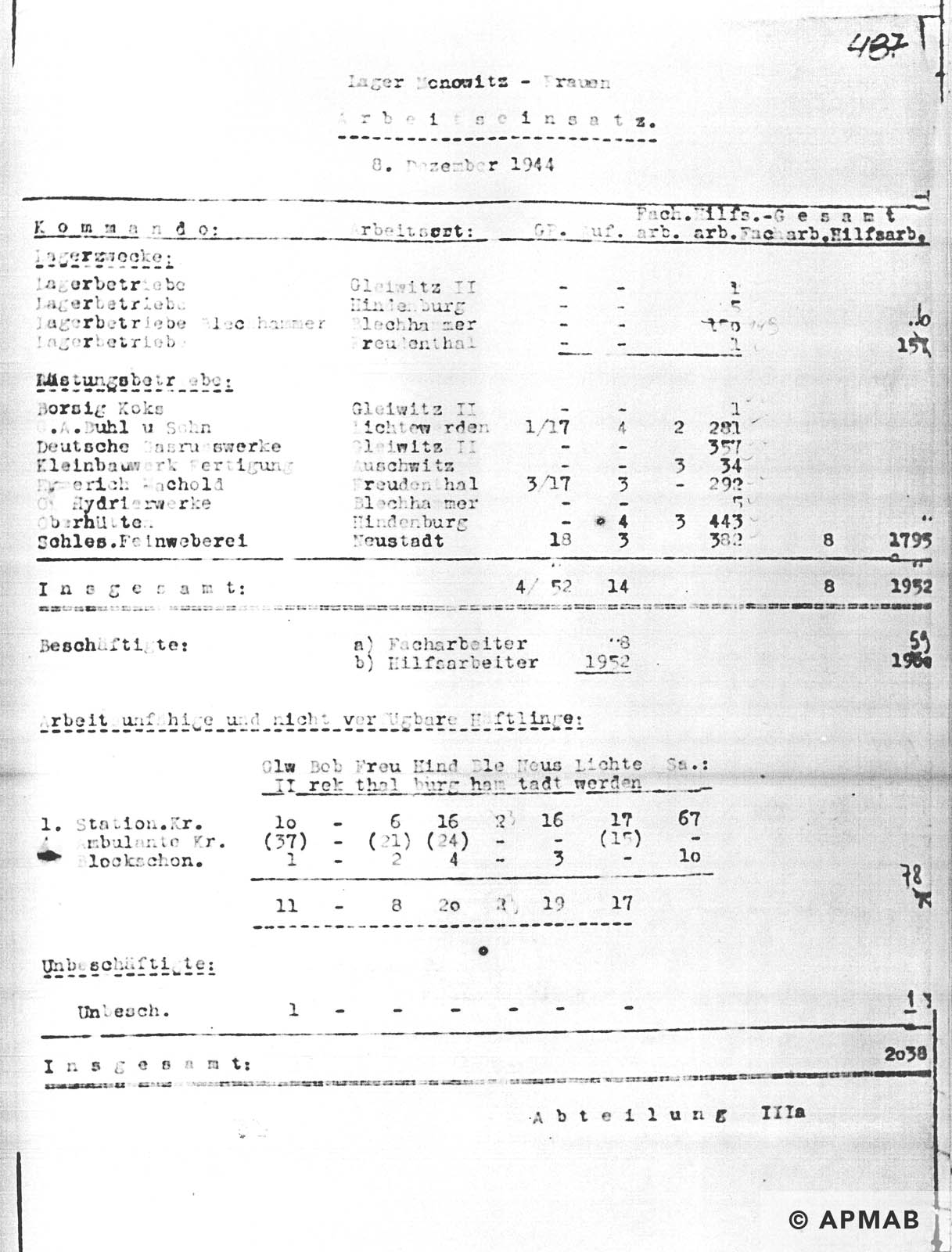 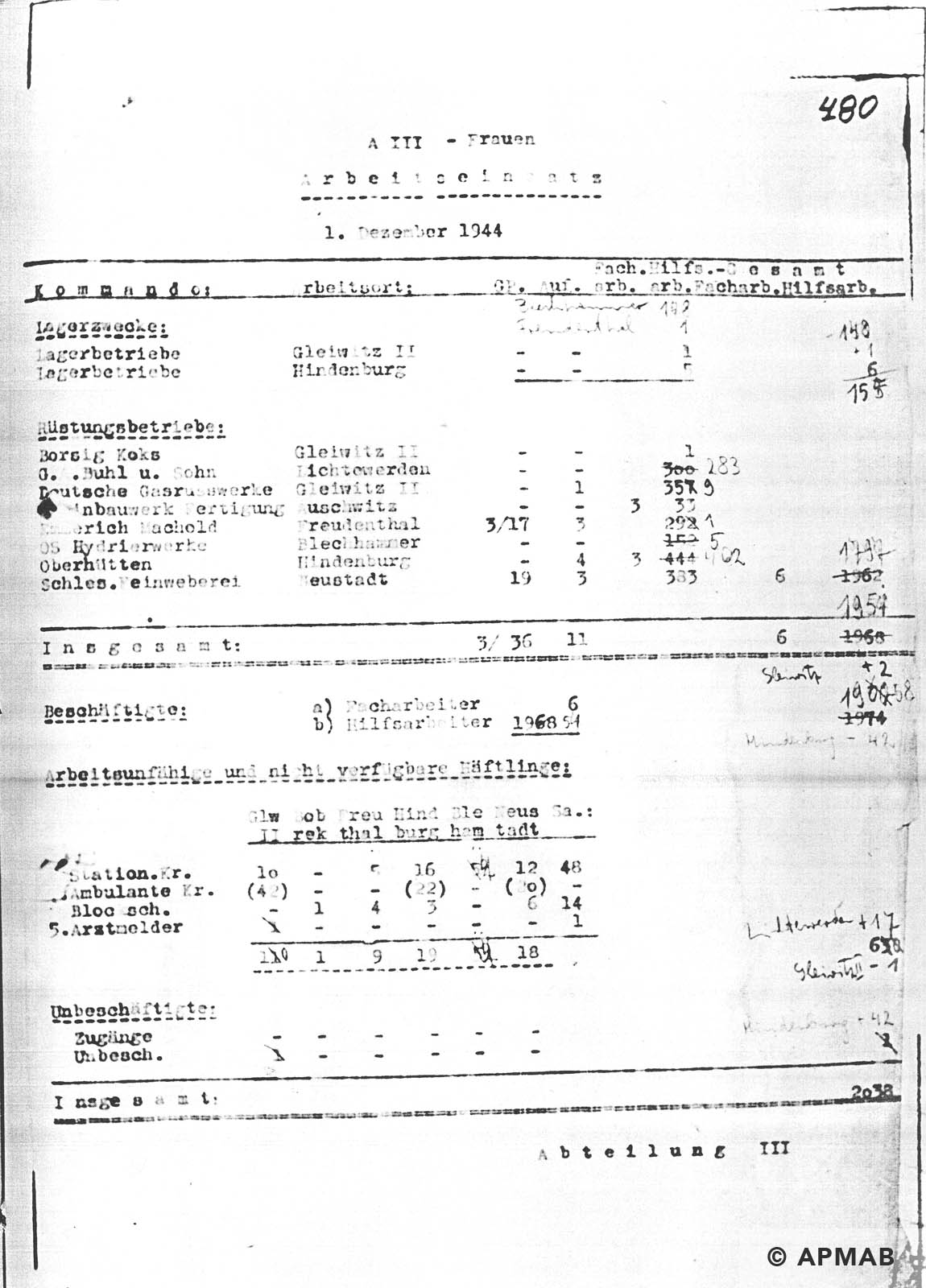 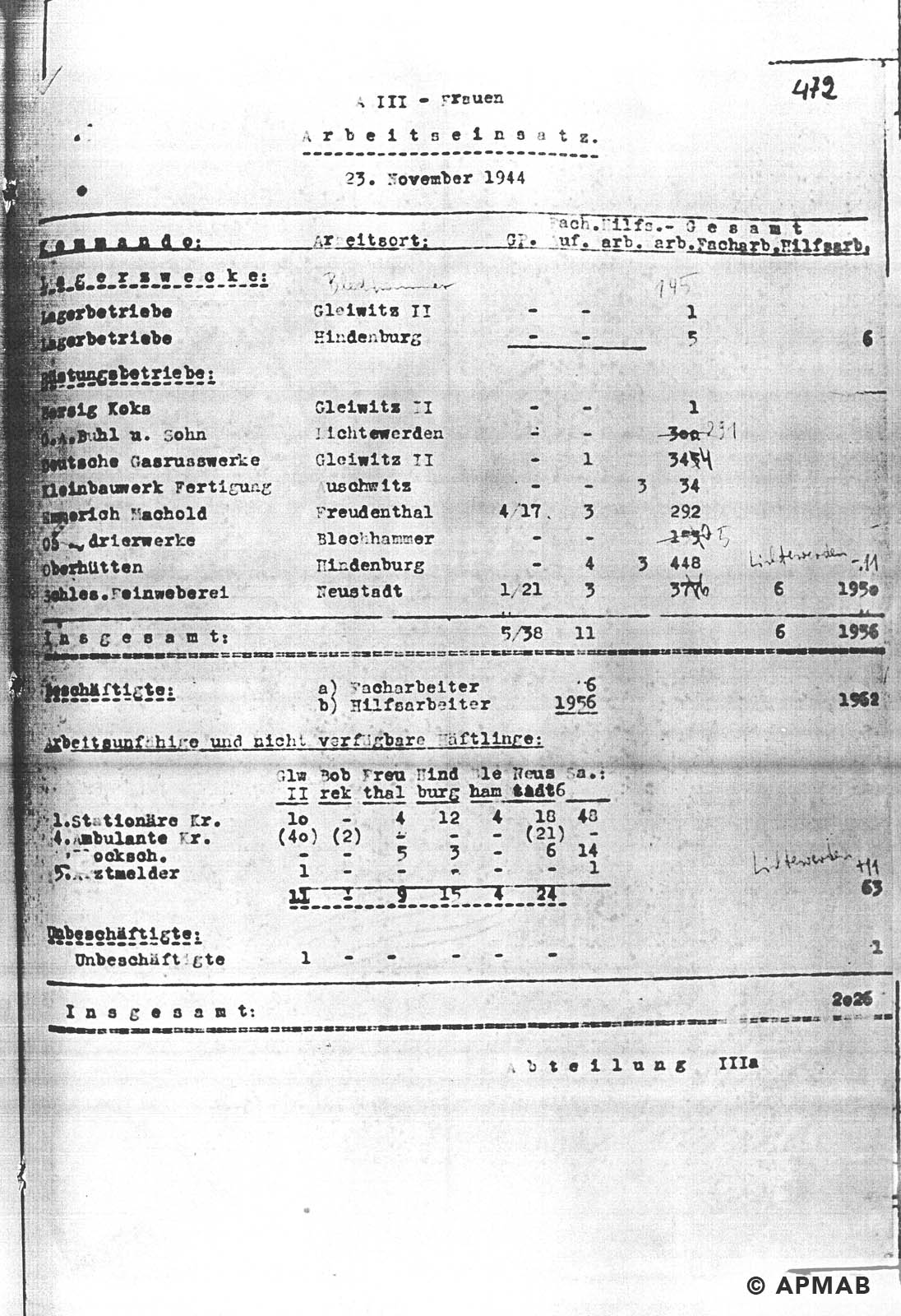 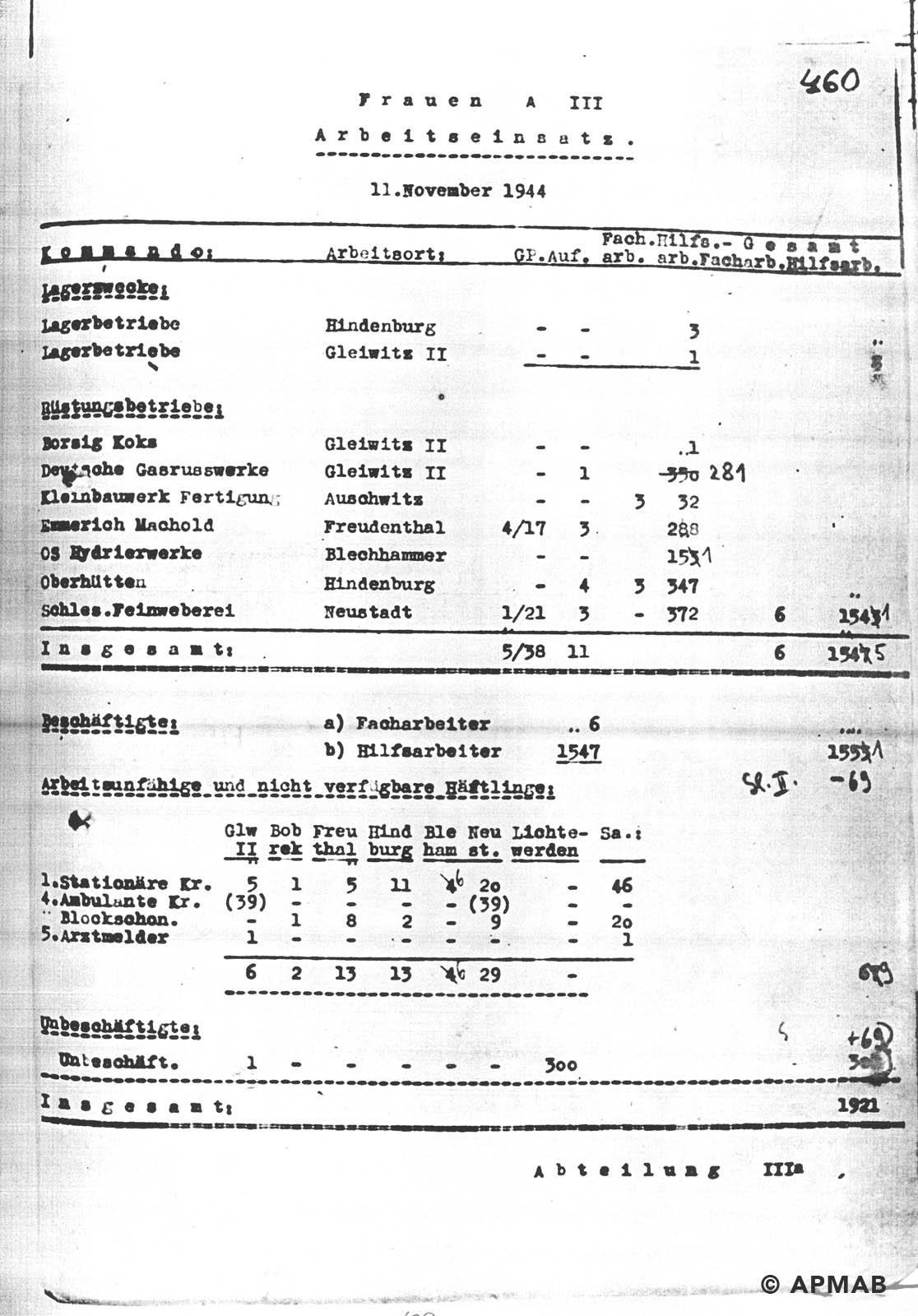 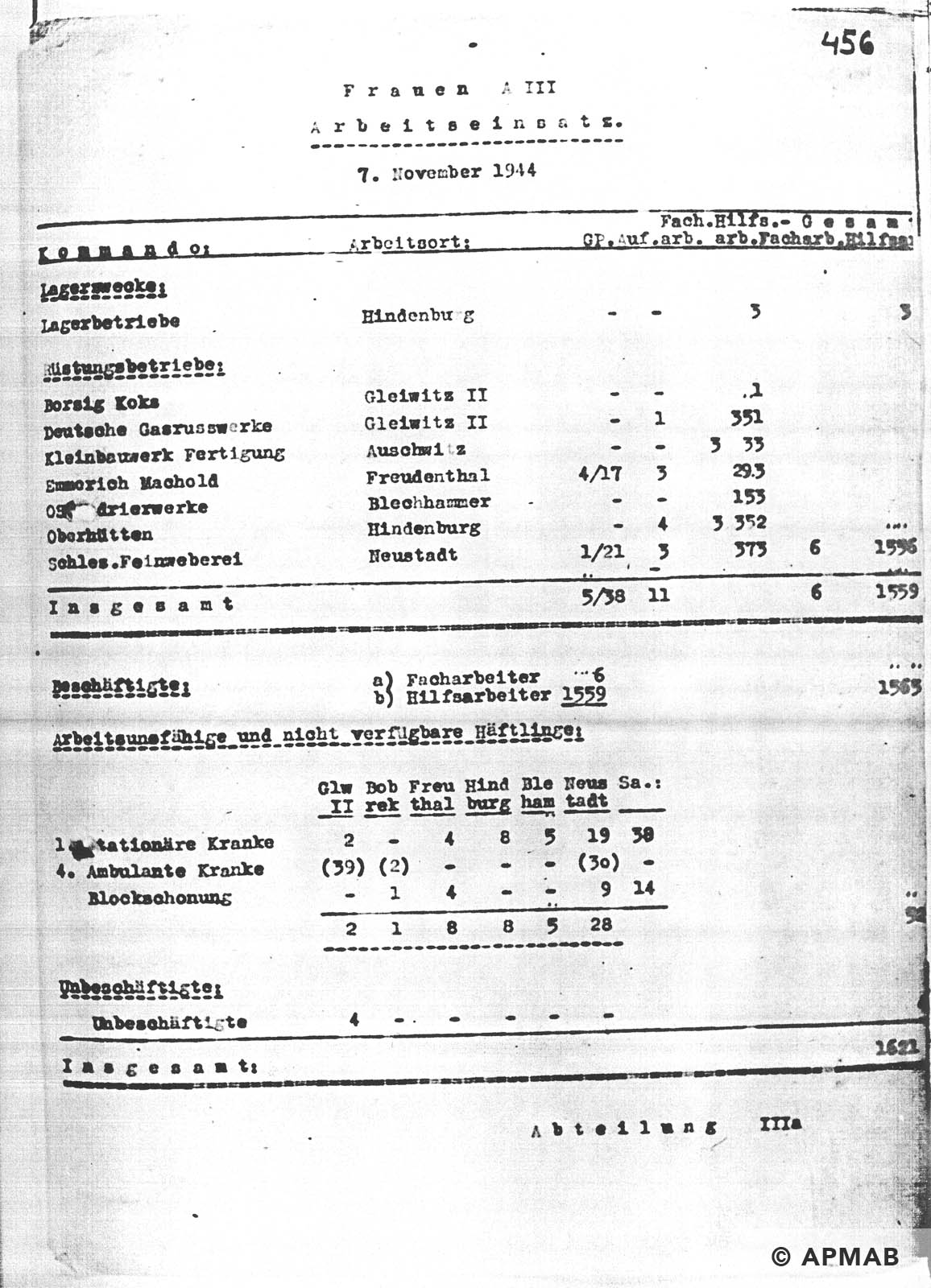 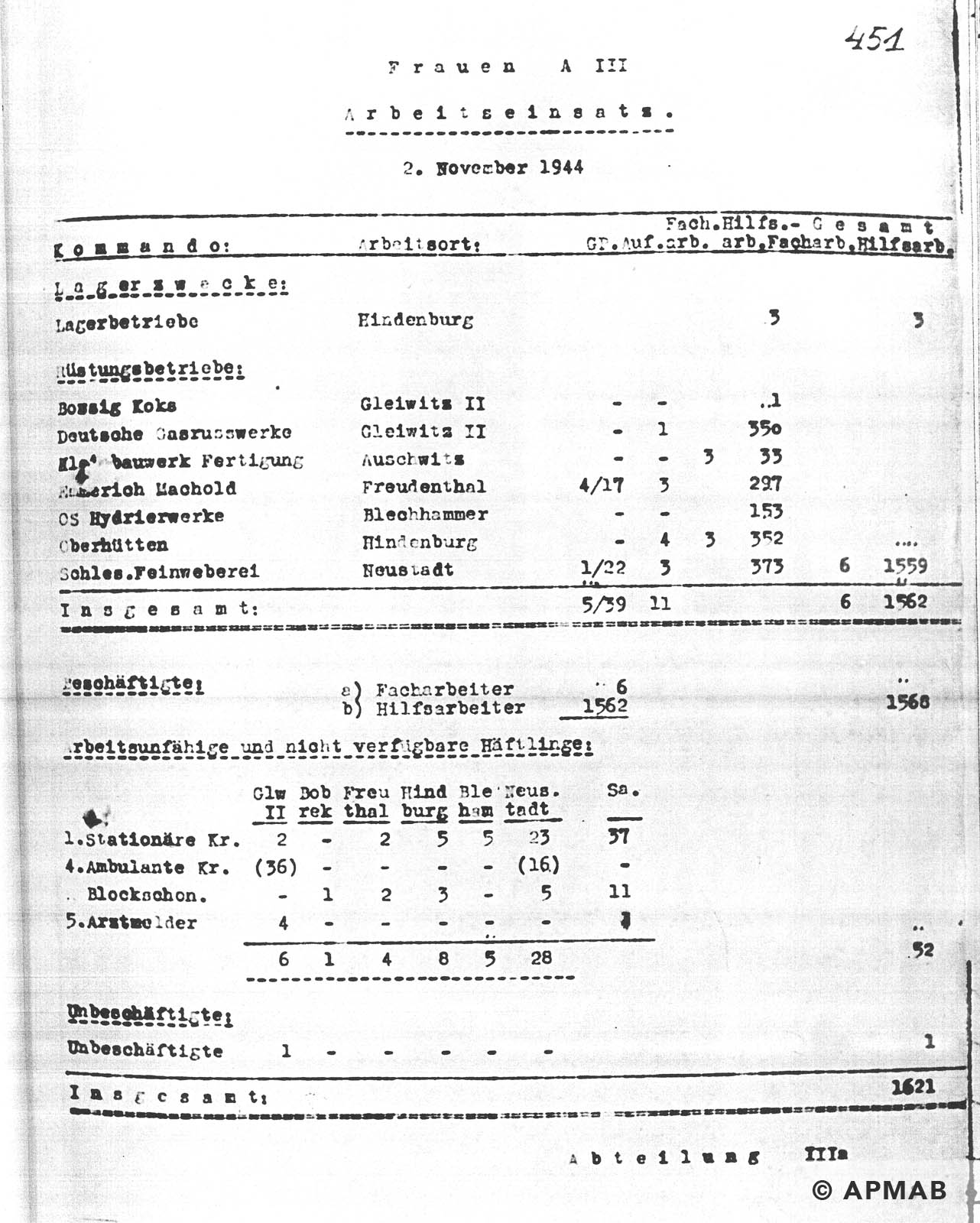 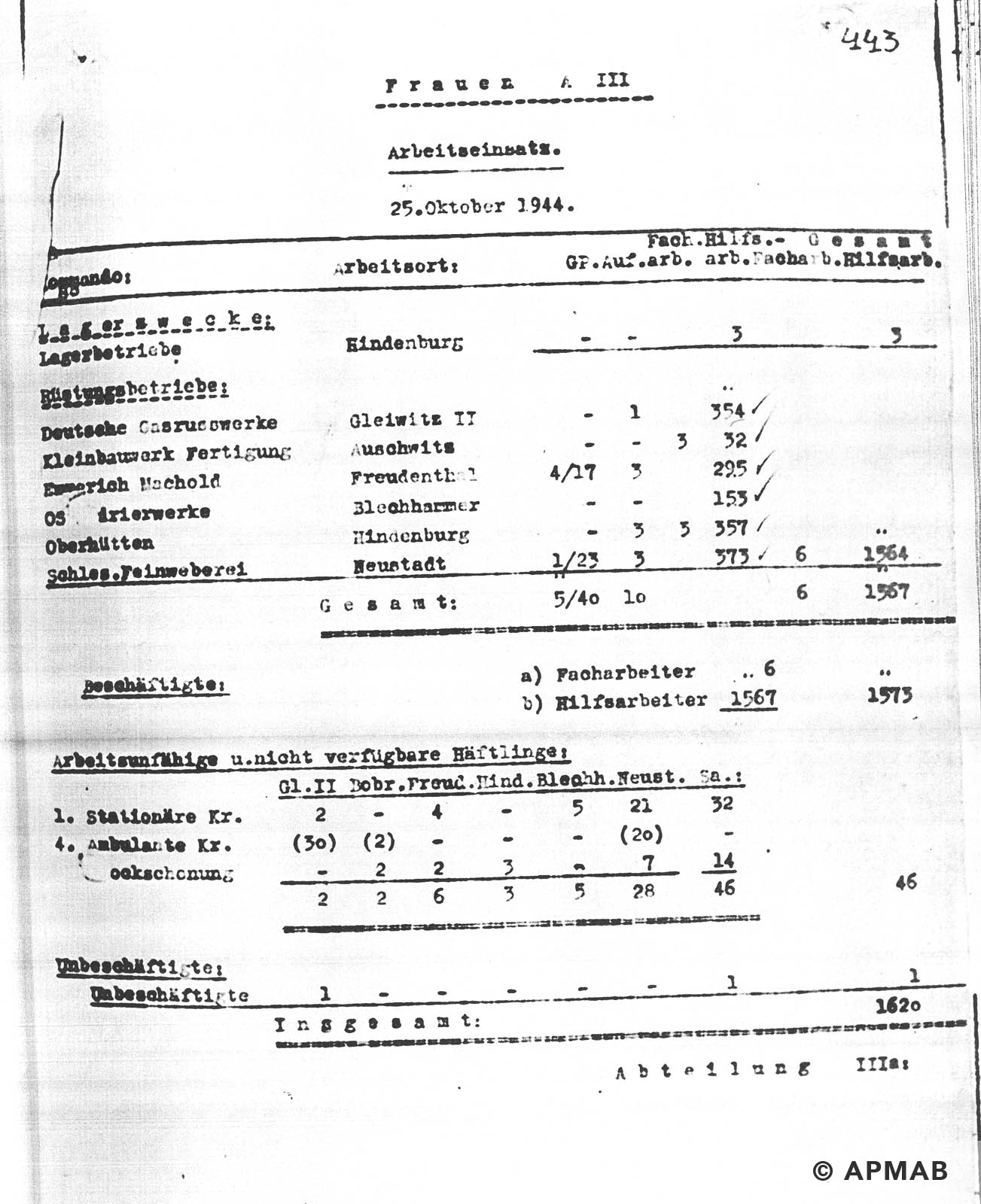 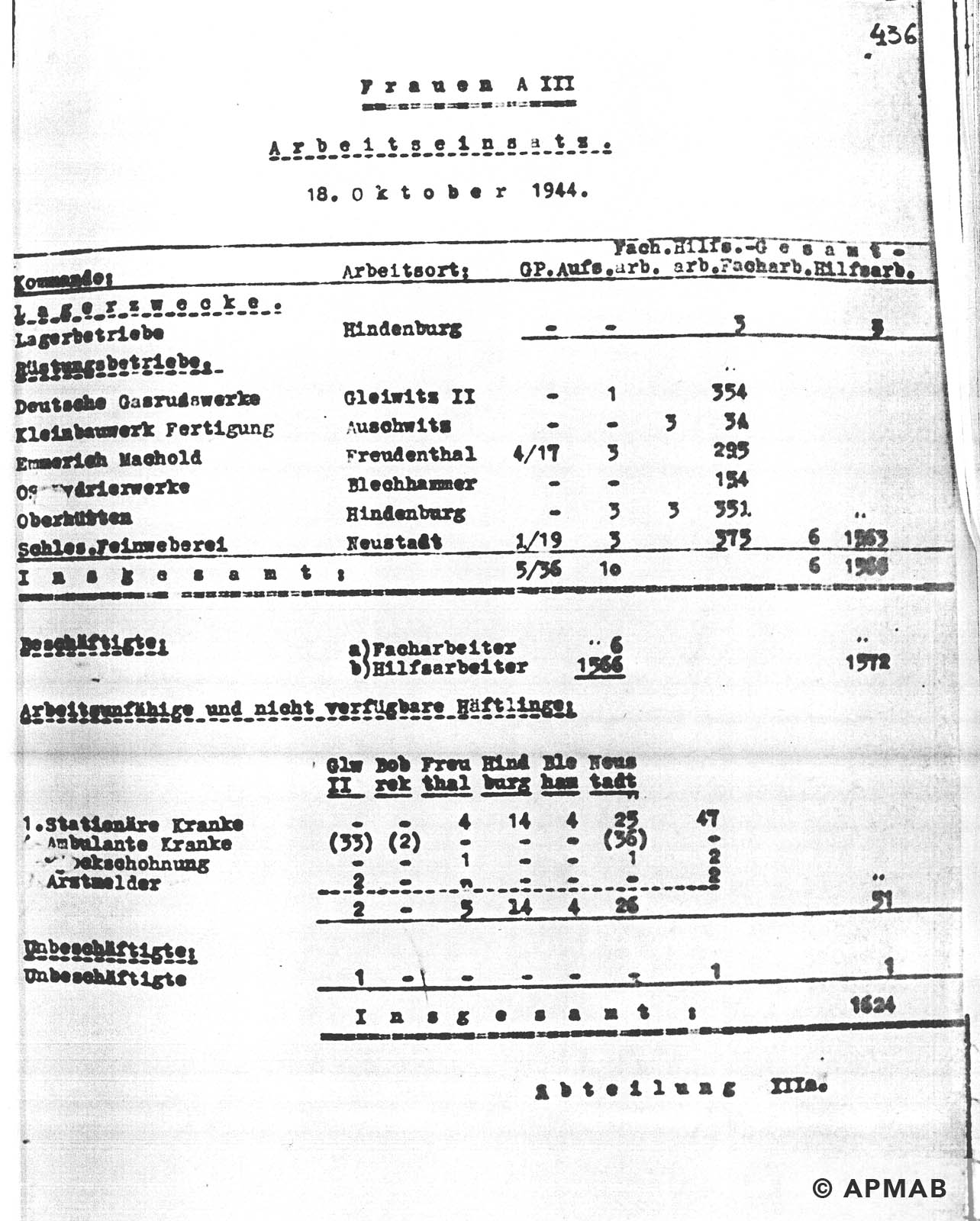 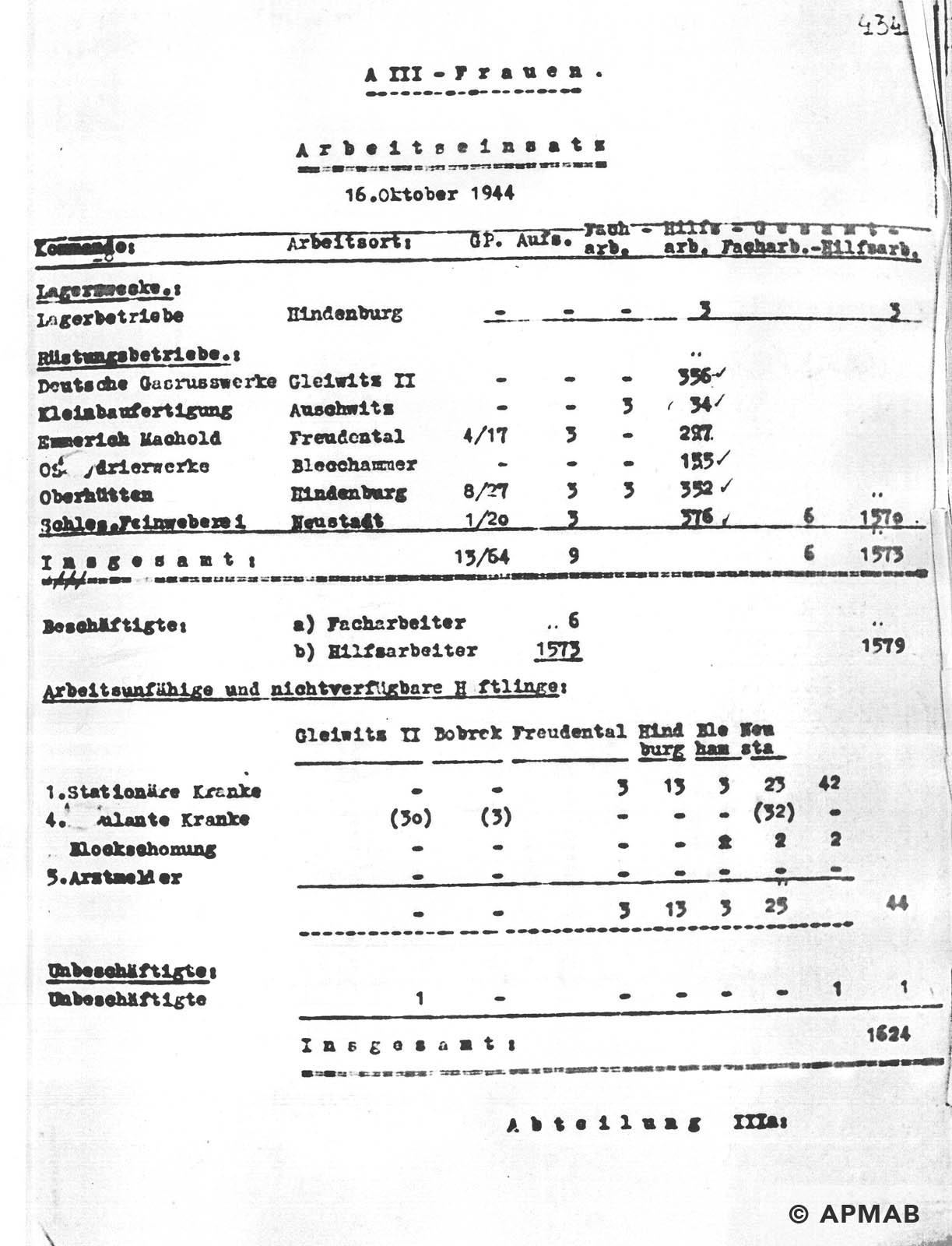